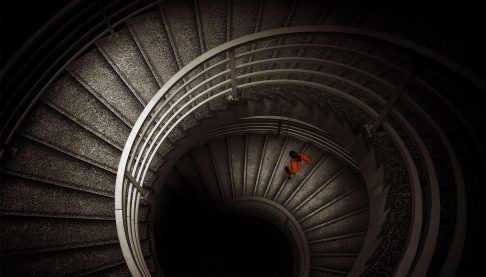 Australia’s multi-billion-dollar private health industry urgently needs a rescue plan to prevent it spiralling to its death, according to a new Grattan Institute report.

Stopping the death spiral: creating a future for private health urges the Federal Government and industry leaders to get together and forge a plan to:

‘The COVID crisis hasn’t saved private health,’ says lead author and Grattan Health Program Director Stephen Duckett. ‘The industry was in a death spiral before the pandemic and it’s still in a death spiral today.

‘The Government and the key players need to make dramatic changes quickly, because more than 40 per cent of the population has private health insurance and it’s a big industry – most procedures are done in private hospitals.’

The report shows that for the past 20 years, private health insurance premiums have been rising faster than wages and inflation. Australians are paying more but getting less.

As the population ages and uses more expensive healthcare services, insurers have to pay out more in benefits to their members. As benefits paid increase, so do premiums. Rising premiums make health insurance less affordable and less attractive – particularly to younger and healthier people. As younger, healthier people drop their insurance, the insurance risk pool gets worse, premiums go up, more young people drop out, and the cycle continues.

But the industry also needs to face up to the fact that it is responsible for at least some of its woes.

A small number of surgeons charge patients way more than they should. About 6 per cent of specialists’ services in hospitals are billed at more than twice the Medicare fee, and these services account for 89 per cent of patients’ out-of-pocket costs. Patients who have been paying insurance all their lives are understandably angry to get these surprise bills.

The industry should rein-in these ‘greedy’ doctors, and the Government should ensure patients know more before surgery about the costs they could face, so they get fewer nasty surprises after surgery.

Over-servicing is much more prevalent in private hospitals than public hospitals. Ensuring private hospitals don’t keep patients in hospital longer than necessary and don’t give patients care of little or no clinical value could cut private health insurance premiums by about 5 per cent.

Exposing the prostheses market to competition could reduce the cost of hip and knee replacements and further reduce premiums.

And the Minister for Health should be more willing to reject premium-rise applications from insurers that can’t show they offer their customers good value for money.

‘Together, the Government and the industry can create a viable future for private health in Australia,’ Dr Duckett says. ‘This report charts the path.’