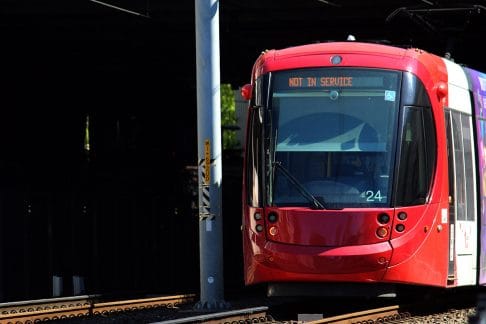 Beware the rise of the megaproject

More haste, less speed. That’s what governments need to remember as they rush to market with big new construction projects, hoping for an infrastructure-led recovery to the COVID-19 recession. Recent history shows the costs of cutting corners on big projects: it often leads to cost blowouts and delays as projects get bogged in legal disputes. When it comes to major projects, more care up front keeps the wheels turning.

Transport and infrastructure ministers around the country have agreed to clear the way for an infrastructure-led recovery. They’re targeting the administrative processes and scrutiny of their own infrastructure advisory bodies. It looks like they want to further relax their already-lax standards; since 2016, only seven of 32 projects larger than half-a-billion dollars had a business case published or assessed by a relevant infrastructure body at the time the relevant government committed to building it.

Fast-tracking projects is less of a problem when the projects are small. But in Australia, quite suddenly, the average project size has shot up. Five years ago, the average road or rail project under construction was worth $430 million; in 2020, it’s more than doubled, to $1.1 billion. In fact, all the growth of the past three years has been in projects valued at $5 billion or more.

Cutting corners and rushing didn’t work out well on the Sydney and Southeast Light Rail. The $3 billion line came into full operation in April this year, at least a year later than planned. The reasons for the delays included a damaging dispute with the contractor, who filed a lawsuit claiming the NSW government had engaged in misleading and deceptive conduct when providing information under the contract. Delays also resulted from shortcomings in project governance; the government skipped two mandatory reviews that could have forced it to resolve deficiencies early on in the project. The impact today? A class action has begun, with businesses and households claiming that the prolonged construction period caused them significant additional financial loss and emotional distress.

Cutting corners and rushing isn’t working out too well on Melbourne’s West Gate Tunnel, either. This $6.7 billion project was rushed into being in the very early days of the first term of the Andrews government in Victoria. So far, it’s a year behind schedule, due to a dispute over the disposal of contaminated soil. The impacts? The tunnel boring machines have yet to fire up, and more than a hundred tunnelling workers were stood down earlier this year. A further 65 staff were reportedly laid off mid-year. The parties are locked in a legal dispute, and the fate of the project remains uncertain.

When projects are rushed into construction, before governments really know what they’re dealing with, it tends not to end well. Fortunately, premature cost announcements are not the norm; only a third of new roads and rail have cost estimates announced by governments or oppositions before the financial and regulatory approvals that add up to a technical commitment. But those projects that are prematurely announced often end up delayed. They’re also particularly prone to cost blowouts, accounting for more than three quarters of the cost overruns. Projects worth a billion dollars or more overrun their costs more frequently, and by a larger proportion, than smaller ones.

Right now, governments are focused on creating jobs and stimulating the economy by spending money quickly. That’s their rationale for wanting to cut corners on administrative checks and balances. But the problem is that slipshod processes early in the life of major projects are likely to slow them down. The West Gate Tunnel should be contributing stimulus right now, but the workers who could be operating the tunnel boring machines aren’t at work.

What governments should do now is establish the status of projects currently under construction. Auditors-general in each state should conduct a stocktake of all the large projects, and report on changes in expected costs, scope, and scheduled opening date. For the projects worth half-a-billion dollars or more, state ministers should adopt the continuous disclosure regime we expect of listed companies: they should report to parliament whenever there is a material change in the expected costs, benefits, or completion date of the project. These changes would shine a light on, and bring a tighter discipline to, the enormous investments our governments are making on behalf of taxpayers.