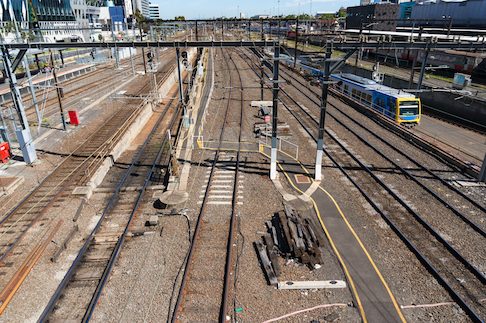 Budget policy check: do we need ribbon-cutting infrastructure for jobs and growth?

Published at The Conversation, Thursday 26 April

We look set for another infrastructure budget: big new projects that will, we’re told, boost growth, create jobs and tackle the pressures of our booming population. For example, the Turnbull government has already pledged up to A$5 billion for a rail link from Melbourne Airport to its CBD.

Infrastructure can play an important role, but behind the rhetoric some fundamental investment principles are missing.

Are investing in infrastructure and economic growth a sort of virtuous circle that feed each other?

Yes, sometimes infrastructure spending and economic growth form a virtuous circle. In new suburbs and rapidly growing cities, infrastructure is needed to connect people to jobs and that in turn drives economic activity.

But we shouldn’t be fooled into thinking any spending is good spending. There are many examples where the opposite is more likely true: where poorly targeted infrastructure wastes resources and weakens economic growth.

If we want to identify the best projects, a good place to start is our biggest cities. Big cities have a productivity advantage because they match workers to jobs better and faster than smaller cities and towns. Transport infrastructure is key to this matchmaking.

But in many cases, the enormous costs of construction in big cities – acquiring land, disrupting traffic, and the physical challenge of constructing in densely developed places – often makes it hard to justify the incremental increases in accessibility that a project generates.

Instead, policies and projects targeting better use of existing infrastructure can have greater economic impacts. The trouble is, these projects usually don’t involve cutting a ribbon.

Changes to the way we set prices for the use of roads and public transport, for example, can help us get more out of the infrastructure we already have. Charging public transport users different amounts depending on the time of day they travel can reduce peak-period overcrowding on our trains. With much lower capital costs, policies like this often deliver a bigger bang for the buck than major new investments.

Are these road and rail projects the sort of infrastructure that supports growth?

Whether it’s the Tulla Rail or the M1 up in Queensland or indeed in my home city of Sydney around Western Sydney Rail from the airport and the road infrastructure that goes around that in particular, we are making important national investments in infrastructure that will support growth, bust congestion in our cities and make our transport – rural and regional roads – safer.

Infrastructure undeniably plays a role in supporting the economy. But not every project will add to the productivity of our economy.

On the face of it, the economics of airport rail in Melbourne look thin. Infrastructure Victoria has said upgrading airport bus services should be investigated first, because at A$50-100 million it’s a much cheaper way to tackle the same problem. It has also said that the rail line should be delivered within 15-30 years.

The perceived urgent need for airport rail in Melbourne may stem from the slow and unreliable travel to the airport over the past 18 months. This is a byproduct of the Tullamarine Freeway widening project, which is now almost complete. Responding to a short-term pressure with a multi-billion dollar investment – in the absence of a detailed business case – is a depressing example of poor policy-making.

And the Treasurer’s enthusiasm for the Western Sydney airport rail is also concerning, given that a recent state government study indicated the project wouldn’t be needed to cater for customers and workers at the airport until 2036, at the earliest. Infrastructure Australia has been clear that a rail corridor, running north-south through the airport site, needs to be preserved for a future rail line. But that is a long way from justifying billions of dollars of infrastructure that isn’t needed for nearly another 20 years.

Our national economic plan for jobs and growth has been getting results…A $75 billion national infrastructure investment plan that is building the runways, railways and roads Australia needs to remain competitive, and create jobs.

At certain points in the economic cycle, infrastructure spending can help create jobs. New projects create jobs for workers involved in planning, building and deploying each project, as well as for the suppliers of equipment and materials needed as inputs.

And in the longer term, the Treasurer is right to say that infrastructure is essential if our cities are to remain competitive.

But again, context is everything.

Infrastructure can put people to work when there is “slack” in the labour market – when there is unemployment or underemployment, in other words. But if there is little slack in the labour market, then the workers required to get a project off the ground will be drawn from other productive activities. In that case, there may be no boost to jobs or economic growth, because one activity is merely displacing another.

With national unemployment currently around 5.5%, there does appear to be some slack in the labour market right now. However, firms are now finding it more difficult to access the labour they want. And the slack doesn’t appear to be in the parts of the economy that would benefit most from new projects: as the RBA reports, the construction sector recently reached its highest share of total employment since the early 1900s.

Eminent urban economist Ed Glaeser once said, “if you have a focus on jobs and macroeconomic effects, it leads to infrastructure in the wrong place”. Australia should focus on a project-by-project approach; that’s the only way we can be assured that investments represent the best possible use of available funds.

This means starting with some basics: the government should not commit to expensive new infrastructure projects until it has commissioned a detailed look at the economic impacts of the investments, and it has made public the results of that analysis.

That’s how infrastructure policy would be done in an ideal world. But sadly, in a pre-election budget, we can probably expect politics to triumph over policy, yet again.