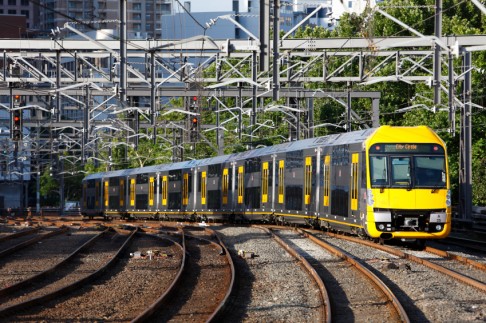 Bush may not like it but our cities must come first 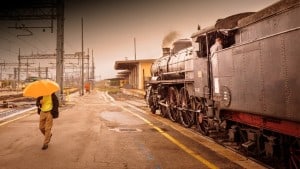 Published by The Australian, Monday 20 March

Barnaby Joyce apparently wants to become the barnstorming minister who gets to tour the backblocks of Australia to talk up what the Turnbull government is already spending on regional infrastructure.

No doubt the Nationals leader would like to splash around even more taxpayers’ dollars.

He is not alone: each day seems to bring a new advocate for more spending in our regions. The idea seems to be to stop the “unhealthy” growth of our capital cities and prevent a US-style geographic divide between the haves in the big smoke and the have-nots in the bush.

And here’s the rub: Australians are voting with their feet to move to the cities. Already about 58 per cent of the population lives in Sydney, Melbourne, Brisbane or Perth, and this share is expected to become larger over coming years.

Why shouldn’t people live where they choose?

It’s not for governments to tell people that their own preferences are wrong; rather, governments need to enable cities to adapt to the demands of more people and more strain on existing infrastructure.

So it is not surprising that Infrastructure Australia’s priority list is dominated by urban projects. Indeed, all seven projects ranked as “high priority” — that is, nationally significant and worth doing — are located in capital cities, from upgrading the M4 motorway in western Sydney, to completing three sections of Melbourne’s M80 Ring Road, to increasing capacity on the Ipswich Motorway in Brisbane’s west.

Although expensive, urban infrastructure projects deliver real social and economic benefits to tens of thousands of urban commuters and freight vehicles each day, and will continue to do so far into the future.

Contrast this with the regional spending we have seen over the past decade, much of which has had low or no benefit to the community. For instance, roads have been built, or duplicated, with benefit-to-cost ratios as low as 0.08 — in other words, they delivered 8c of value to the community for every dollar of taxpayers’ money they cost.

The highway between Geelong and Colac, a town with a population of 11,800 and no heavy industry, is just such a road. Over the past decade, investment in the road to Colac has been among the highest per vehicle kilometre of any road on the national network: $438 million, with a further $185m committed. This road lies in the electorate of Corangamite, polling at a 3.1 per cent margin to the sitting Liberal member, Sarah Henderson, according to the most recent Newspoll.

And where is the evidence that these spending sprees have generated broader economic benefits to the regions? The truth is, politics has trumped economics.

Despite all the talk of supporting economic activity outside the capital cities, what is actually evident is that regional infrastructure projects are curiously over-represented in marginal seats.

Consider the New England highway. Although it is the secondary route between Sydney and Brisbane, more has been spent here per vehicle kilometre over the past decade than on the more direct and more heavily trafficked Pacific Highway. But it’s the most important road in the electorate of New England, and was held between 2001 and 2013 by key independent Tony Windsor.

Forget all you hear about the regions not getting their fair share of public investment. The facts are otherwise. Governments spend significantly more per person providing health, education and safety services to regional Australians than they do providing the same services to people who live in the big cities. Our governments spend more per person in the states with weaker economies, and with more dispersed populations.

Where is the evidence — not the talk, but the evidence — that big new infrastructure projects in the regions actually create sustainable regional economic growth?

Of course, declining regional communities can be forgiven for hoping that this time is different, that a “build-it-and-they-will-come” strategy could be just what is needed to turn their region around. But this hopeful thinking calls to mind the strategy that the mayor of Detroit adopted once the automotive industry had shut down and the city’s population had been decimated: instead of giving kids a great education and bus ticket out of Detroit, he built a monorail.

We need to stop fooling ourselves with the idea that jobs and people will flock to regions if only our governments would invest in them. It hasn’t worked for the past 100 years, and it won’t work now.

Instead of building low-value projects in the hope that it will change people’s minds about where they want to live, governments should invest where the actual need is already pressing. There is a way to do this: only commit to infrastructure projects that have been properly assessed, and only build the ones where the benefits to the community as a whole outweigh the costs.