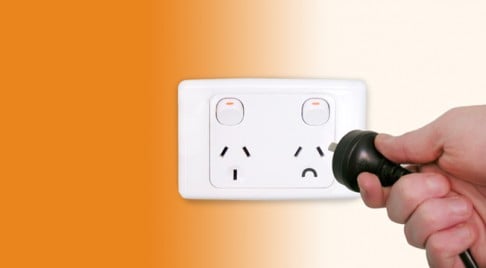 by David Blowers and Cameron Chisholm

Published by The Age, Monday 23 March

Victoria became the first state to fully deregulate retail electricity prices six years ago on the basis that competition was the best way to keep household power bills low. Yet some customers have seen huge increases in their bills and are paying significantly more than they could be. The warning lights should be flashing for South Australia, who followed Victoria’s lead in 2013, and for NSW, who deregulated in July last year.

Before 2002, Victoria had a fully regulated retail electricity market. A regulated price, known as a standing offer, was set in each of the state’s five distribution areas. Each area was assigned an incumbent electricity retailer: either Origin, AGL or TRU Energy (the forerunner to Energy Australia). Households had no choice and had to rely on the government, through the regulator, to set a fair price for their electricity.

In 2002, everything changed. Electricity retailers were freed to compete across the state by offering lower prices than the incumbent. New retailers entered the market and many households were able to sign up to a better deal. But the government was not ready to remove all control from setting prices. Customers who did not switch to a new offer remained on a regulated standing offer, and other consumers could request a standing offer contract from the incumbent retailer when moving house.

This final piece of price regulation was removed in 2009. Yet standing offers still remain. The only difference is that the incumbent retailers are now free to set the price of these contracts. Even though it’s been 13 years since Victoria allowed competition in the retail electricity market, one in four households – more than 500,000 – still remain on a standing offer.

Since prices were fully deregulated in 2009, far from cutting power bills, in some parts of Victoria an average household on a standing offer has been hit by an increase of almost 100 per cent. In Melbourne, the figure is 50 per cent, but these figures are big even when inflation is taken into account.

It is not as if electricity retailers cannot offer lower prices; they do all the time. They have a range of competitive offers, known as market offers. In Victoria the big three energy retailers, Origin, AGL and Energy Australia, have market offers with discounts of up to 27 per cent on usage rates. But such offers highlight the extent to which customers on standing offers are being hammered.

A 27 per cent discount is equivalent to a $400 yearly saving on the energy bill for an average Melbourne household relative to what would be paid under a standing offer. Since the retailer is presumably making a profit, or at least breaking even, on the discounted rate, the $400 extra that households on standing offers pay represents pure profit to the retailer.

Obviously these customers should have got off a standing offer as soon as prices were deregulated. But there are a number of reasons why households do not change offers. Many do not know how to go about it, or even that they can. Many people find comparing offers confusing, since electricity pricing is complex, especially with the range of discounts available. Some cannot be bothered, but most probably don’t know they are paying too much.

Retail competition has kept prices low for some customers and re-regulating prices would be a backward step. But deregulation in Victoria has also allowed retailers to take advantage of customers who don’t look for a better deal. Retailers have been able to increase profits by raising the price of their standing offers, yet they remain competitive by offering large discounts on their market offers. The gulf between market and standing offers is not yet as large in South Australia and New South Wales, but both states should study the Victorian example if they wish to save a proportion of their power users from becoming casualties of deregulation.

One intervention could make a difference. Standing offers in states with full retail competition should be removed. Customers should explicitly be made aware of the changes and options available to them, particularly the fact that they can save money by switching to a market offer. If they still don’t choose a new offer, their existing retailer would be entitled to allocate them to a default market offer.

Such a move would be heavily resisted by the big three retailers, who supply the bulk of standing offers and may lose customers as a result. Yet it would help those currently on standing offers to pay less for their electricity and increase competition in the market, which could lead to lower prices for everyone.

It is also up to consumers to ensure we are getting the best deal. Price comparators, such as the Victorian government’s My Power Planner website, are able to estimate energy bills under various offers, and help people make informed decisions. When more households actively search for the best deal, retailers will find it increasingly difficult to charge non-competitive rates.