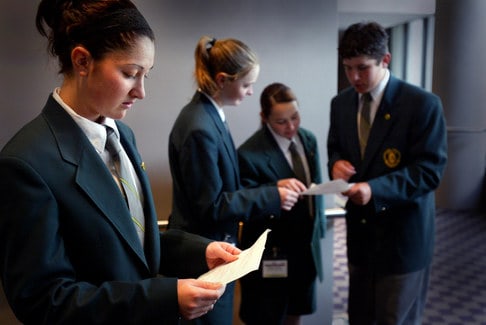 Published at The Conversation, Friday 15 July.

With the Liberals returned to office, their higher education review process will almost certainly continue. But any hope that the election would smooth the path to higher education reform is now gone. The government has less room to move than before.

The budget and the parliament limit reform options

At best, there will be no new public money, just shuffling funds between programs. At worst, as seems more likely, higher education will help reduce the budget deficit.

Politically, the new Senate cross-benchers seem less likely to support difficult decisions than those they replace.

The government needs higher education policy options that do not need parliamentary approval, or which Labor could support over the medium term (we saw in June that Labor’s pragmatism increases with proximity to government).

In this political environment, the Liberal idea of “flagship” undergraduate courses for which universities could charge more than standard student contributions will struggle.

But both sides of politics are open to reviewing the standard total per student funding rates – that is, the student contribution plus the Commonwealth contribution.

Current per student funding rates have their origins in a university expenditure study done more than 25 years ago. There is little dispute, in the higher education sector or in politics, that the time to revise has arrived.

To help this process along, the government could require universities to report more useful information about how they spend their money. This can be done by ministerial direction.

Should research be included in student funding rates?

The biggest policy issue is whether a research component should officially be included in student funding rates.

Profits on teaching are essential to university research output. Grattan research published last year found that at least 20% of the money spent on research comes from teaching profits. This conclusion was based on conservative calculations – the true number could easily be higher.

Universities want to increase research output. After a long boom, university research expenditure stalled at just over $10 billion between 2012 and 2014. Research is shrinking as a share of all university expenditure. Research staff and research publications are both in slight decline.

There are several possible causes for less research activity: slower growth in government research grants and a decline in 2015, subdued international student numbers from 2010 to 2014 reducing teaching profits, and indexation of university grants not keeping pace with wage increases.

Higher per student funding rates would help universities increase research activity. But this is not necessarily an ideal way to fund research.

Other government research funding is based on research performance, not on student numbers. The universities that enrol the most students aren’t necessarily the best at research.

If research activity benefited teaching, that might be another reason to fund research via student numbers. But the empirical evidence on this teaching-research nexus is inconclusive. It’s not a strong enough basis for major public or student investment.

Although we lack a clear case for extending research funding via per student grants, we should be cautious about entirely separating existing teaching and research funding.

In 2015, 32,000 academics were employed as teachers and researchers. Financially supporting these joint-function roles requires some alignment of teaching and research funding sources.

Even if academic work should become more specialised into teaching or research, this can only feasibly happen over time. It would be reckless to do it via a quick policy change.

In the medium term at least, we will need some allowance for research in new per university student funding rates. This would not prevent a lower teaching-only rate in higher education providers that don’t do research, as proposed by the Liberals in 2014 and more recently by Labor for their election-promise Commonwealth higher education institutes.

A funding review is a way forward when options are limited

A review of per student funding rates won’t settle disagreement over the mix of public and private funding. But a review is something both major political parties can agree on to clarify the debate: we will know how much we need to spend to get a good higher education system. It is a way forward when options seem limited.