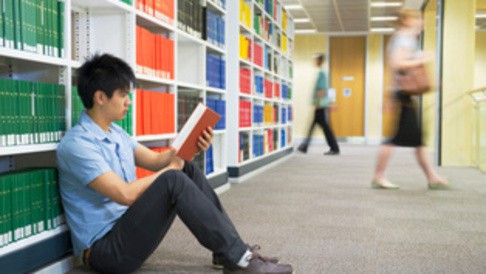 Published by The Australian, Wednesday 25 October

Does tertiary education need another big review, a Gonski-style inquiry to set us up for the 2020s? According to the Nick Xenophon Team, in rejecting Education Minister Simon Birmingham’s higher education legislation last week, the answer to that question is yes.

Weary submission writers in universities and interest groups may not agree. The inquiries and consultations already seem endless. On my count, Universities Australia has published 16 submissions to the government and its agencies this year, not counting follow-up responses.

But most recent reviews cover narrow topics and few consider how their subject fits into a bigger tertiary education system. The Bradley review, commissioned nearly a decade ago, was the last to produce a wide-ranging analysis and recommendations for change.

It’s not hard to think of policy areas where we are in a mess, or at risk of getting into a mess, because policies integrate poorly. One example is the diploma qualification. It is taught in vocational and higher education, in markets that overlap with each other and with bachelor degrees, but with different funding and regulation affecting the behaviour of education providers and student choices.

Within higher education, there is a system bias with uncapped bachelor degree student numbers but capped places in diplomas and associate degrees. The system encourages three or four-year qualifications over one or two-year courses, when for some students a bachelor degree enrolment is premature or unnecessary. The 2014 demand-driven system review, which I conducted with former education minister David Kemp, recommended treating all undergraduate qualifications in the same way.

The government’s proposed changes to higher education sub-bachelor qualification funding, now of uncertain status, partially accepted that recommendation. They did so with an eye on potential financial problems, seeking to avoid a VET FEE-HELP-style rapid increase in lending and any substantial expansion of tuition subsidy spending. The reform offered uncapped places for sub-bachelor students, but in a strictly controlled range of courses.

But in risk-managing the policy’s finances, the government would have undermined other aspects of tertiary education policy. Only courses linked to industry needs, as defined by the government, would have received tuition subsidies. Higher education has vocational goals, of course. But it is also about knowledge and inquiry for their own sake, and about broader skills relevant to students’ personal, community and working lives, even if they are not requirements of specific jobs or industries. Higher education cannot be narrowed to industry needs without substantial loss.

Under the sub-bachelor policy, many higher education diplomas, in foreign languages, creative arts and higher education preparation, would have lost funding and moved to the full-fee market. But in their place universities could create new diploma courses to com­pete with vocational educa­tion providers offering diplomas.

Competition between the sectors is not bad if it can lead to better outcomes for students. But vocational providers are constrained by their courses being overly tied to existing occupations, and disadvantaged by less generous funding arrangements than universities.

The problem is that HELP’s repayment system was never designed for people with diplomas but it was used without change for VET FEE-HELP and now VET Student Loans. HELP’s initial repayment threshold, nearly $56,000 this year, leads to high levels of doubtful debt among diploma holders.

A few years ago, Grattan Institute analysis estimated that at least 40 per cent of money lent to people with diploma qualifications would not be repaid, nearly double the rate of higher education. That 40 per cent is optimistic. It is an estimate for people who complete a diploma, when many don’t, even in reputable education providers, and few did in the dodgy providers that plagued VET FEE-HELP.

Unless the repayment threshold comes down, the true share of vocational education lending that eventually will be written off is much higher than 40 per cent.

It seems unlikely that policymakers considered doubtful debt carefully when establishing VET FEE-HELP. The government does produce an actuarial analysis of HELP debt, but from the rare published documents using histor­ical HELP repayment data. That gives misleading results when taking on a new type of debtor.

Lending for vocational education is one of many expansions of income-contingent loans — on top of the original HECS HELP, FEE-HELP, OS-HELP, SA-HELP and student income support schemes — implemented without analysing their cumulative effects. A student can take out multiple types of income-contingent loan, leading to high total debt. While still a small share of all HELP debtors, the number of people owing $70,000 or more is increasingly rapidly. Students can be left owing more than they can ever repay, at significant cost to taxpayers.

The government is working to reduce its HELP risks, but a review could help it stand back from the issues that prompted specific initiatives to see how they fit together with broader policy goals.

The government was right to propose a lower HELP repayment threshold in the now-blocked budget bill. A $42,000 threshold was more realistic for vocational education, and in higher education would reduce the large subsidies to relatively affluent households. But there needs to be more work to understand and smooth the interaction between HELP repayment and government benefits. It would improve the policy and increase political support.

Caps on HELP borrowing can protect debtors and taxpayers. They exist in some form for all HELP schemes, except HECS-HELP, but there is no overall cap on total HELP debt. It is each debtor’s total HELP debt that matters most. Denying HELP to students with high subject failure rates is defensible risk management, but its application only to FEE-HELP borrowers in non-university higher education providers is arbitrary and misses more numerous high-risk students in public universities.

The NXT wants a review of tertiary education policy that is bipartisan. It’s unlikely the major parties would collaborate on terms of reference and personnel appointments. But good review panels always consider the politics of their recommendations. Policies the opposition cannot live with are at risk in the Senate, and if passed they may be repealed when the government loses office.

Despite recent clashes on higher education policy, the main political parties often have not been that far apart. They disagree on the relative share of public and private payment, and not on the more polarised issue of whether there should be any of either. They differ on the details of income-contingent loans, not on the concept. They are comfortable with the full-fee markets for postgraduates and international students. They support demand-driven funding for domestic undergraduates, with some differences on the detail.

Some good analysis of where tertiary education policy could be improved, along with practical proposals for reform, could lead to changes that both Labor and Liberal parties can support. Tiring as big reviews are, they are one way of getting above ad hoc problem-solving to see the bigger picture.