Our annual “Wonks’ List” highlights some of the year’s best technical policy reads, for anyone who wants to take a deeper dive.

In addition to our Summer Recommended Reading List for the Prime Minister, our annual “Wonks’ List” highlights some of the year’s best technical policy reads, for anyone who wants to take a deeper dive.

Our staff reflect on seven of the best policy books and articles from 2020, and why they’re important to Australia today.

The Allocation of Talent and US Economic Growth, Chang-Tai Hsieh, Erik Hurst, Charles I. Jones, and Peter J. Klenow.

Imagine if a country used only half its factories and roads. It would be a poorer place. The same would be true of a country that kept half its population out of the workforce or locked out of the professions that would make the best use of their skills.

That was the situation in a lot of countries, including Australia, until recently. Women and racial minorities faced barriers – both formal and informal – to achieving their potential.

This paper, by a team of economists at the University of Chicago, finds that these barriers were very costly, both to the people locked out of the labour market and to society.

In 1960 in the United States, 94 per cent of doctors and lawyers were white men. In 2010, that figure had fallen to 60 per cent. White men are still over-represented in these professions, but the change has been staggering. The authors find that this change – enabling more people to reach their potential – was responsible for about 40 per cent of the growth in American living standards between 1960 and 2010.

This paper is both a good news story and a reminder that there’s more to do. Australia has made great strides in dismantling the barriers that kept women from participating in the labour market, and specifically from working in the occupations that make best use of their talents. But barriers remain. Women are under-represented in a range of professions, and workforce participation among Australian women lags many comparable countries.

This paper shows that if we can continue to remove barriers to participation – enabling more Australians to fulfil their potential – the rewards will be large and widely spread.

What works: getting to the land of ‘how’, Nicholas Gruen, Club Troppo

It’s a common refrain in many aspects of public policy, and social policy in particular, that we just need to find out ‘what works and scale it up’. For decades, we’ve heard that ‘joined up government’ and innovative service delivery will solve social problems. Yet it’s hard to think of a single example of action to address social problems that’s started small and been ‘scaled up’.

As Nicholas Gruen points out in What works: getting to the land of ‘how’, these ideas have barely been tested. There’s a big difference between ‘knowing what’ and ‘knowing how’, yet  in public policy we regularly confuse the former for the latter.

Part of the problem, Gruen argues, is in what is rewarded in the public service. Big public sector careers are built in the land of ‘what’ – that is, in policy design via grand reviews. Expertise in the ‘how’ and delivering results is less valued. We’re left with a public sector that fails to detect and then seek to expand what works. It’s a dynamic that has motivated Gruen’s previous proposal for an ‘Evaluator General’ to help public servants hold themselves to account for their practical achievements.

Gruen acknowledges that taking us to the land of the ‘how’ won’t be easy. He points to new approaches to institutionalise ‘know how’ in government: innovation labs and behavioural ‘nudge’ units. The latter use randomised control trials to evaluate interventions in everything from government tax collection to unbiased recruitment. The key to their success has been the way they bolt onto business-as-usual and improve it. But for now, these institutions largely remain on the sidelines, looking in.

The Sum of the People: How the Census Has Shaped Nations, from the Ancient World to the Modern Age, Andrew Whitby, Basic Books 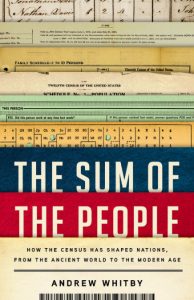 Censuses are a policy wonk’s best friends. But while many researchers are intimately familiar with the data censuses produce, few would be familiar with the deep cultural implications and the torrid history of the seemingly mundane act of counting people.

This book by Australian economist and data scientist Andrew Whitby is a revealing, detailed, and often-lively world history of censuses. It’s a timely one too, with Australia’s next census to be conducted in August 2021.

Whitby’s story draws a line through events as varied as the Nativity, the founding of IBM, and Allied operations in World War 2 – and many more besides. Australia’s own #censusfail in 2016 gets a mention too, as do the Jedis.

The book provides a valuable reminder that the ‘if’ and ‘how’ of counting people are not questions of mere bureaucratic and academic interest: they can have real consequences for the lives of multitudes – from First Nations peoples, to Jews in Nazi-occupied Europe, to undocumented immigrants in the United States today. It also takes a thoughtful look at the role of the traditional census in a world of Facebook, Google, and ‘big data’. 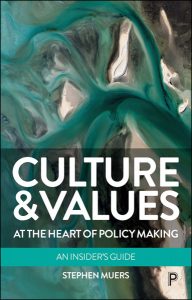 Policy-making is too often seen as being about crafting a particular initiative, carefully designed and targeted. The analysis includes the costs, the impacts, the winners, the losers, and so on. The various levers available to governments are surveyed and the most appropriate one used in policy design. But too often issues of culture and values are ignored. Initiatives might fail because they cut across the culture of the policy system and are undermined on the way from design to implementation.

But policy can also be about shifting the big picture. In the past, politicians have successfully changed the prevailing narrative – ‘there is no such thing as society’ (Margaret Thatcher) and ‘government is the problem’ (Ronald Reagan). Closer to home, vested interests have created the narrative that people have a right to be subsidised for their private choices in health insurance or schooling. 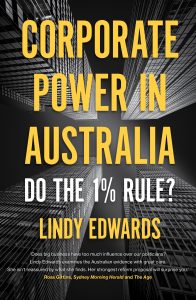 The Medici family dynasty that dominated renaissance Florence fused business and politics. They used their economic power (primarily as the Pope’s bankers) to gain political power. And they used this political power to become richer. It might have been good for art, but it didn’t always maximise public welfare.

Corporate Power in Australia probes whether this Medici cycle from money to politics and back again, is taking root in Australia. The book uses a series of case studies to diagnose whether large corporates have too much influence over policy. The case studies include debates over mining taxes, financial advice reforms, the NBN, and media regulation (and subsidies). And the book also charts the course of policy debates between big and small businesses: how supermarkets are allowed to treat their suppliers; the use of standard but unfair contractual terms; and the abuse of market power.

These policy histories are themselves fascinating. Newspapers report on individual policy battles from day to day, but we seldom step back to see how the policy war is playing out. The bigger picture is depressing. In the case studies investigated, big corporates got their way on about four issues in five.

This would be all right if big corporate interests aligned with the public interest, but in most case studies they didn’t. And most of the time big corporates were not winning the battle of ideas either: there was strong momentum against their interests, with public opinion, other interest groups, and policy analysis all lining up. That suggests that the success of big corporates depended on their influence behind the scenes. That suspicion is strengthened because the case studies document the revolving doors between political and industry jobs; the donations to political parties; and the threats of a public campaign in the next election.

Lindy Edwards suggests that keeping clear of the Medici cycle requires institutional reform and reversing the drift towards a professional political class. She argues for reducing the power and number of ministerial advisers, limiting political donations, and possibly changing electoral systems. And she would like to reduce the rewards for companies that profit primarily by collecting a bigger slice, rather than increasing the size of the pie.

A picture can tell a thousand data points. In a year when we’ve been forced to think about subjects that might previously have been esoteric to us – air quality ratings, the exponential spread of disease, and even the minutiae of the US electoral system – good visual storytelling with data has never been more important.

The ABC has been a pack leader. Its team of data journalists has consistently produced informative, engaging, and even beautiful visualisations to tell important stories. Standouts from the year include an interactive retelling of the first 100 days of Australia’s fight against COVID-19, and a stunning and horrifying chronology of Australia’s worst bushfire season, told through satellite images.

The ABC’s radio and television outlets are rightly praised for their dependable coverage during national crises. The relatively unheralded data team also deserves recognition as a valuable public resource.

The response to a crisis can be split into three phases: rescue, recovery, and rebuild. Confronted with the COVID-19 crisis, Australia’s rescue operation was a success, and its recovery has begun. As the rebuild comes into view, economic policymakers will need to confront a crucial question: how can Australia return to its pre-crisis norm of steady growth in living standards?

This short paper from the Productivity Commission considers this question in historical context. Its answer is compelling, if unsurprising: productivity is key.

Almost all of Australia’s long-term income growth can be attributed to growth in the productivity of labour. And Australia’s response to downturns of the past, including those in the 1980s and 1990s, was to enact significant productivity-enhancing reforms.

Economists – including those at the Productivity Commission and at Grattan – have identified plenty of productivity-enhancing reforms governments can implement to improve our future living standards. The COVID crisis makes these reforms even more important.