How many babies have you given birth to? – Grattan Institute

How many babies have you given birth to?

The Australian Census does not ask men how many children they have had; it only asks each woman ‘how many babies has she ever given birth to?’ Australia is not alone in this regard. Censuses throughout the world have only ever asked women this sort of question.

So why does it still appear on the Australian Census? Is it an artefact of a bygone era, or has a new statistical purpose been found for it? The answer is, well, both.

The stated motivation for including the question is to measure fertility. The 2008 ABS Australian Social Trends report says: ‘Population fertility is most often measured by looking at women’s birthrates in a particular year. However, once women reach an age where they’re unlikely to have any more children, the actual number of babies that those women had provides an additional view of fertility.’

However, as Grattan’s Cheaper childcare report demonstrates, the Census question has other uses. For example, recording the number of children a woman has had enables comparisons of women with and without children. It helps quantify some of the personal costs and benefits of having children. The two charts below show that women who have children often reduce the number of paid hours they work, and, later in life, often work for a lower hourly rate. 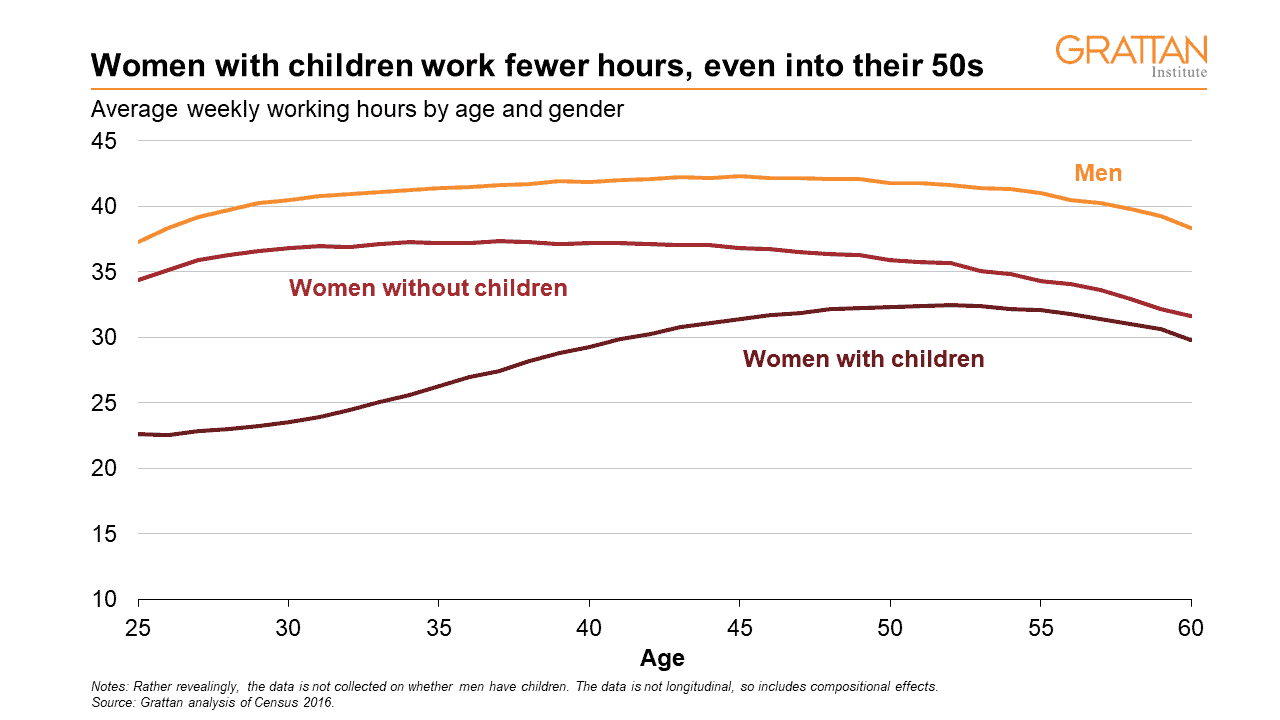 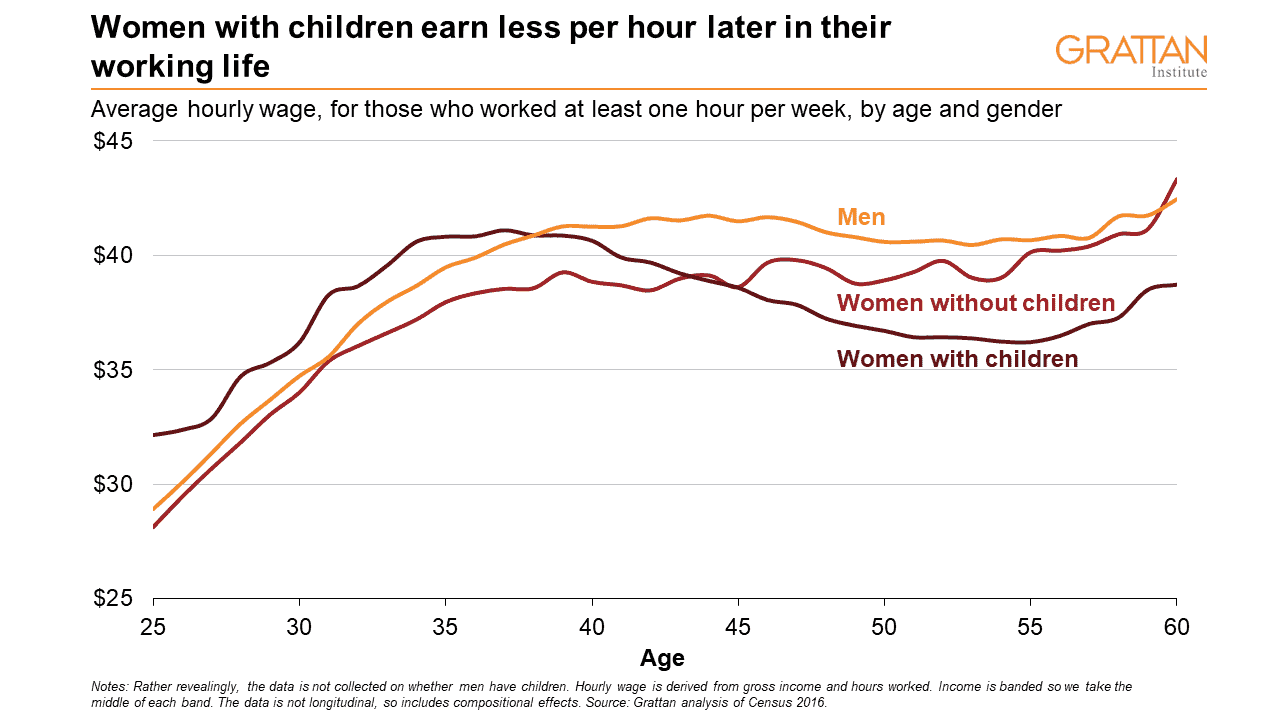 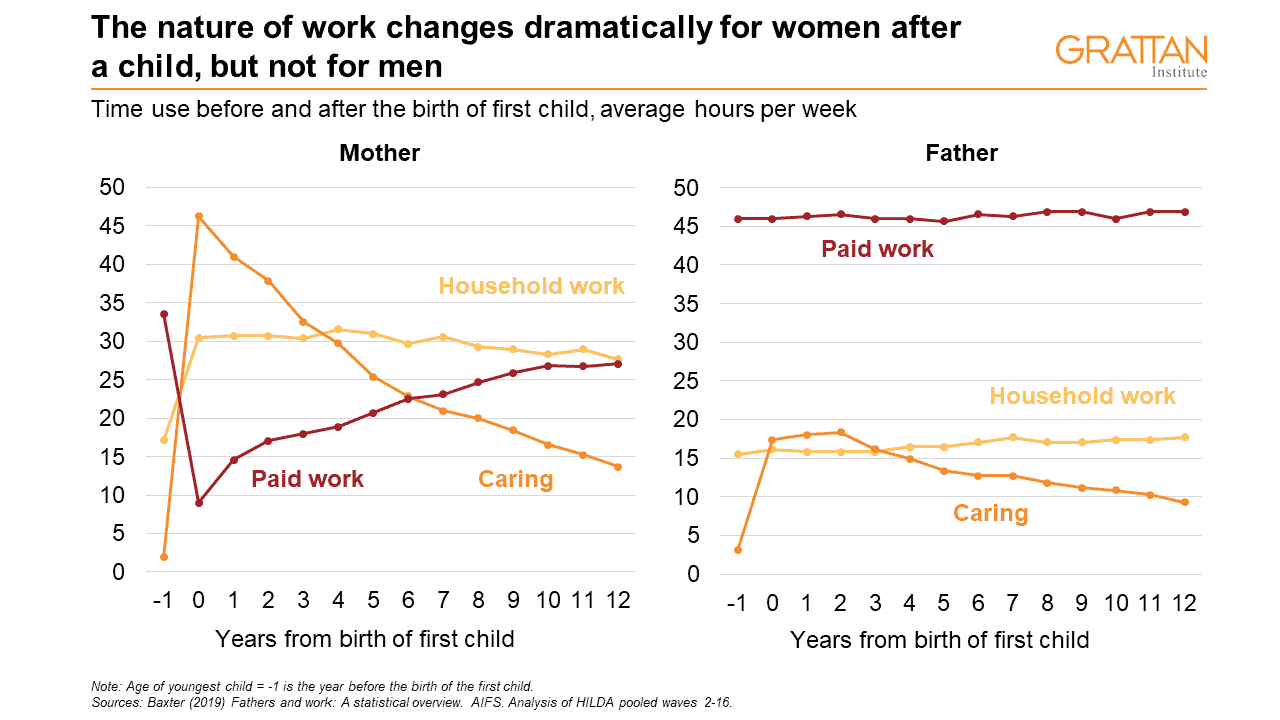 The ABS should ask the ‘how many children have you had’ question of men as well as women. In the Census data there is currently no way to distinguish between a 50-year-old man who has had 5 children, and a 50-year-old man who has had none. Recording how many children men have had would provide insights into the effect, if any, having children has on a man’s future career and income.

It takes a village to raise a child. We should know more about how everyone in the village contributes.