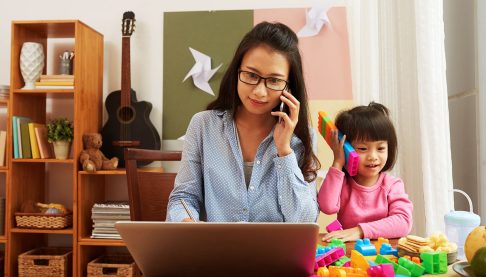 Childcare should be made cheaper to enable more women to do more paid work, and to help lift the economy out of the COVID recession.

The Federal Government should spend an extra $5 billion a year on childcare subsidies. The payoff would be an $11 billion-a-year increase in GDP from the boost to workforce participation – and $150,000 in higher lifetime earnings for the typical Australian mother.

The childcare subsidy for low-income families should be raised from 85 per cent to 95 per cent, gradually tapering for households with income above $68,000. Under this scheme, 60 per cent of families would pay less than $20 per day per child for childcare, and no family would be worse off.

A range of policy, cultural, and social factors conspire to prevent many Australian women from working the paid hours they would prefer. A combination of tax, welfare settings, and childcare costs means some second-earners take home little or no extra pay for additional hours of work. This ‘workforce disincentive rate’ can be particularly punishing for the fourth and fifth day of work for the primary carer, still generally a woman.

It’s not surprising that many mothers conclude that working an extra day for no or virtually no take-home pay makes no sense.

And Australia’s high out-of-pocket childcare costs bite even harder now for families that have lost jobs or hours because of the COVID crisis.

Australia’s female workforce participation rate is above the OECD average, but Australian women are much more likely to work part-time. Before the COVID crisis, a typical Australian woman with pre-teenage children worked 2.5 days a week.

Women in Australia continue to do most of the unpaid household work, which further constrains their choices about doing more paid work.

Women are quick to embrace flexibility in their working arrangements after they have a child, but men’s work hours and contribution to household duties change very little. Men do more unpaid work in countries with more dedicated parental leave for fathers.

The Federal Government should extend the parental leave scheme to offer six weeks ‘use it or lose it’ leave at minimum wage for each parent, plus 12 weeks they can share between them. This would cost an extra $600 million a year, but would help fathers to spend more time with their children in the critical first year of the child’s life.

Cheaper childcare would be a win-win – it would boost the economy and give Australian women enhanced life choices.

It should be central to the Government’s plans for lifting Australia out of recession.