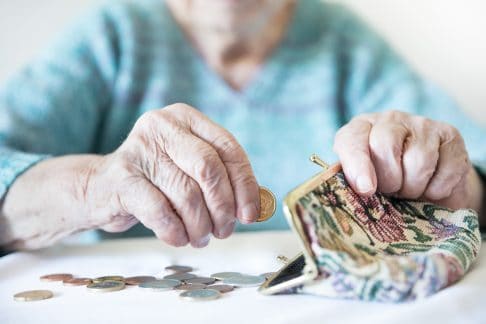 How to pay for a better aged care system

by Brendan Coates and Anika Stobart

The Royal Commission into Aged Care Quality and Safety has made it clear: Australia needs to transform its aged care system. The final report, released last week, showed that too many older Australians don’t get the care they need, including the 100,000 currently on the home care waiting list.

The Royal Commissioners lay the blame for this crisis on, among other things, inadequate funding. The present ration-based approach means funding is determined ‘irrespective of the level of need, and without sufficient regard to whether the funding is adequate to deliver quality care’. Expenditure has not kept pace with demand.

The Royal Commission calls for a new rights-based Aged Care Act, stronger regulation, more transparency, and a better trained and paid workforce. It proposes a needs-based funding model, where all care costs, such as nursing, are covered by the government, just as patients in public hospitals are funded by Medicare.

The rationale is clear: older Australians’ access to needed care shouldn’t be based on their capacity to pay. This would then leave ordinary living costs, such as cleaning and accommodation, to be paid by individuals (after a means-test), just as these personal expenses are ordinarily met by people in the community.

But such a system won’t come cheap. The Royal Commission did not cost its proposals, but analysis by the Grattan Institute found a better system today would cost about 35 per cent more per year ($7 billion on top of the current $20 billion). And that number will get even bigger in future as Australia’s population ages.

The big question now is, how do we pay for it?

Commissioner Lynelle Briggs’ proposal for a Medicare-style levy for care costs is sensible. It would share the cost across the community. It would also be popular: a recent survey found an overwhelming majority of Australians thought the government should provide more funding for aged care, and a majority of taxpayers said they would be willing to pay more tax to pay for it.

Yet the Treasurer has played down the prospect of an aged care levy. And some critics of the levy proposal rightly point out that many older Australians have the capacity to pay more for their care. The average household headed by someone aged 65-74 now has more than $1.3 million in net assets, more than doubling in the past two decades.

Wealthier older Australians should expect to pay for ordinary living costs incurred in aged care, such as accommodation, out of their own pockets. But increased user charges for care costs would take Australia in the wrong direction.

The Federal Government’s Retirement Income Review found that many retirees are net savers. They die with most of their retirement savings still intact, in large part because they were concerned about future health and aged care costs. Relying on higher user contributions for aged care could increase such precautionary savings even further.

Applying a means-test to care costs could also make our already byzantine aged care system even more complex. And more means-testing could cause vulnerable people, especially those just above income cut-offs, to miss out on needed care.

Thankfully there is another alternative.

To help fund aged care, the Government should wind back excessively generous tax breaks for older Australians, especially in superannuation, which result in only one in six over-65s paying any income tax.

Superannuation tax breaks cost a lot – about $35 billion a year – and that figure is growing rapidly. By 2050, super tax breaks are expected to cost the government more than the age pension.

Superannuation earnings in retirement – currently untaxed for people with superannuation balances below $1.6 million – should be taxed at 15 per cent, the same as superannuation earnings before retirement. This would improve budget balances by at least $4 billion a year today, and much more in future. Tightening super tax breaks would mean the wealthiest 20 per cent of older Australians would pay more – but they are precisely the group with the capacity to contribute more to the cost of their own aged care.

Seniors also pay less tax and get a higher rebate on private health insurance than younger people on the same income, through the Seniors and Pensioners Tax Offset (SAPTO) and a higher Medicare levy income threshold. Winding back these concessions could save another $700 million a year. Again, these changes would most affect seniors who are wealthy enough to receive little or no pension – precisely the group capable of paying more for aged care.

It’s also time for more of the value of the family home to be included in the pension assets test. Counting more of the home above some threshold (such as $500,000) would make the pension fairer and would save the budget up to $2 billion a year. No pensioner would be forced to leave their home. Pensioners with valuable homes could continue to stay at home and receive the pension under the government’s pension loans scheme, which recovers debts only when homes are eventually sold.

The Royal Commission showed that doing aged care on the cheap is a bad idea. The next step is accepting that all Australians – young and old – will need to pay to fix the system.

*This is a slightly updated version of the article published by The Australian Financial Review.