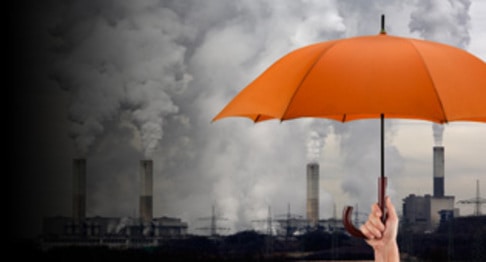 Hunt must show his deal is highway to the future, not a side alley

This week’s deal between Environment Minister Greg Hunt and Palmer United Party leader Clive Palmer brings to mind Otto von Bismark’s observation: “Laws are like sausages. It’s better not to see them being made.”

But this is an extraordinary political feat by the government. Clive Palmer seems to have capitulated on his promise to oppose the Emissions Reduction Fund (ERF) as a waste of money. The government will take into 2015 a climate change policy to achieve a target of a 5 per cent reduction in greenhouse gas emission by 2020 and a process to identify targets beyond 2020.

The deal has provoked a mixed response. Industry welcomed the extension of the ERF contract period in which it is paid for reducing emissions but continues to call for allowing companies to reduce emissions by purchasing international permits. Environmentalists welcomed the saving of the Climate Change Authority (CCA). But they remain highly sceptical about the level of ERF funding, the absence of a safeguard mechanism to prevent companies increasing their emissions without limit and the lack of long-term policy direction.

On all these issues, the devil lies in the yet-to-be-revealed detail. Resurrecting the CCA is either an exercise in political pragmatism (Hunt admitted as much on 7.30) or a stroke of long-term vision.

On Nick Xenophon’s sensible amendments, the government agreed to extend the contract period from five to seven years, rejected the use of international permits and accepted the principle of a safeguard mechanism without giving any idea of what it would look like.

Hunt’s concessions place only the lightest of constraints on his forward progress. The CCA’s position on several key elements of the Direct Action policy may yet test the government. The authority has recommended a 2020 target of 15 per cent so that Australia takes its fair share of the global objective to hold temperature increases to less than two degrees.

It strongly supports applying international permits to achieve lowest-cost outcomes. Most importantly, it has noted that market-based mechanisms such as an emissions trading scheme deliver the most cost-effective emissions reduction.

SCEPTICISM WILL ENDURE FOR NOW

It will not be a pushover.

The biggest problem for critics of the deal is that it will now be some time before there is detail to assess and before the ERF’s effectiveness in meeting the 5 per cent target can be judged. The policy will succeed or flounder on these details. Firstly, can the target be reached for the allocated $2.55 billion? The minister has steadfastly refused to provide any analysis to support his claim that it can, while several credible analyses say it cannot.

For now scepticism will endure, as will concerns there is no Plan B in the event of a shortfall.

Secondly, the safeguard mechanism to ensure emission reductions paid by the ERF are not offset by increases elsewhere is yet to be clarified. Businesses argue that penalties for exceeding baselines should be offset by credits for reductions below baselines. Ultimately, a system of credits and penalties readily morphs into a form of trading scheme.

Getting the mechanism right will be critical, tricky and politically fraught.

Thirdly, a five-year limit on emissions reduction contracts was always going to limit the viable and low-cost opportunities that industry would put forward.

The extension to seven years, and maybe longer, is positive but is still a limit. Finally, rejecting the use of international permits raises the cost of achieving the target, and may yet need to be revisited if the ERF falls short. The frustrating question is: does kicking the can down the road represent avoiding fatal flaws or a genuine opportunity to build a broad and long-term consensus on climate change reform, even if such consensus shows no signs yet of emerging?

We should hope for the latter while being open to the former. The 2014 ERF white paper’s great failing is that it has not set Australia on a path to a credible, long-term policy that will address the impacts of human-induced climate change. This window was firmly closed. Charging the CCA with the dual tasks of recommending post-2020 targets that could be taken to the international community in 2015, and assessing the effectiveness of emissions trading schemes around the world, has opened a window of possibility.

The government has taken a significant step. It will have a legislated climate change policy. Crossing the desert in a single bound is impossible. For now scepticism is the logical response, but if the weaknesses in the scheme are addressed, and if Hunt can have the wins in policy that he’s had in politics, he might justify a surprise endorsement.