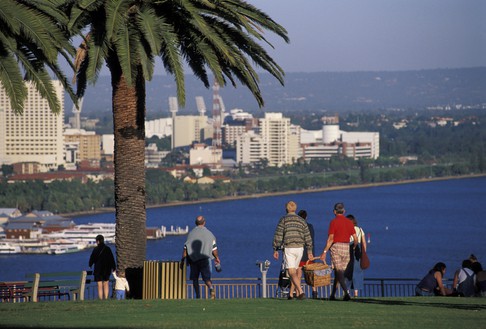 Published by The Australian, Wednesday 31 October

State government often seems the poor relation of federal politics. But many of the things people care about most are the stuff of state government: housing, transport, school education and hospitals.

People may be surprised at how much difference there is between state governments. The State Orange Book 2018, released this week by Grattan Institute, shows how much outcomes vary. Many of the differences are the fruit — both sweet and rotten — of state government decisions.

The Orange Book lays out policy priorities for state governments. It shows that some of the differences in outcomes between states are due to good government for the long term. Victoria was the first state to introduce case mix, so that hospitals are paid an amount for each operation they perform rather than being given a block grant. Across 25 years this has helped to drive down Victorian costs per procedure — and they’re still falling.

Often good government requires tough calls. The Queensland government and Brisbane City Council planned to allow a lot more apartment blocks of 10 to 20 storeys on the edge of the CBD. Unlike most strategic planning documents, they followed through. Many were built. Prices and rents fell. And so, unlike NSW and Victoria, the number of low-income households struggling to pay the rent has fallen in Queensland.

To be fair, in recent years NSW and Victoria have allowed more apartment building and for the first time in a decade they’re almost keeping up with population growth. But they face a backlash that may bounce them into locking up neighbourhoods again. If that happens, the children of the NIMBY generation will not be able to afford to buy homes, and low-income households will pay more rent.

There is also a big tax reform opportunity for states brave enough. Cutting stamp duties but increasing property taxes is one of the few reforms where economists are on a unity ticket. It would make it easier to move home to take a new job across town. It would make it easier to move into a bigger or smaller home that meets your needs, rather than renovating. With the typical stamp duty bill about $40,000 in Sydney and Melbourne, it’s not idle economic theory. The ACT has bitten the bullet and is gradually reducing stamp duties and increasing property taxes. Its tax base is materially more efficient than the others.

Sometimes state governments do things the same way — even if they’re not always the right things. Around the country, regions (other than mining regions) outside the state capitals are doing less well. Population growth is lower, even if income per person is rising faster than in the capital cities. State governments are reluctant to admit there is precious little they can do to redistribute populations. But they all respond to populist concerns that growth is too fast in the cities and too slow in the regions.

And so auditors-general in NSW, Victoria, Queensland and Western Australia have written similar reports pointing out that substantial regional development money has been spent with no business case, or poor documentation, and with no evaluation of whether the programs achieved the promised outcomes. Some governments are promising to do better. We await the evidence.

State government budget outcomes also vary markedly. WA went through one of the largest mining booms in history. Even at the height of the boom it was spending all the revenue. As the boom subsided, WA’s net debt increased to be the largest in the country. By contrast, NSW has been through a property boom that delivered big revenue increases. Unlike WA, it banked substantial surpluses and it now has no net debt.

States also have made different institutional choices. Perhaps because the Independent Commission Against Corruption made the problems all too obvious, NSW has made politics more transparent and accountable. Donations are now aggregated, and disclosed across a threshold within weeks, and meaningful sanctions are independently umpired. Ministerial diaries are published so the public can see who is trying to influence whom. Tasmania, by contrast, has just been through an election where gambling interests reportedly made substantial donations, but the public won’t know how much until more than 12 months after the event. For those who claim the sky would fall if reforms were instituted in Hobart, the sky appears to remain in place over Sydney.

Thus some states have made choices that have started to add up. Each state could learn something from the others that would make a difference to people’s lives in the long run. Voters in state elections should take note about what works elsewhere and ask their politicians to do the same.