Keeping up with the Lamingtons: your Budget 2021 tax guide - Grattan Institute

Keeping up with the Lamingtons: your Budget 2021 tax guide

The Federal Government is expected to tinker with its income tax cuts again in tomorrow’s Budget. It will be the third time the plan has changed since it was announced in 2018. It’s hard to keep up. Where are we now and what can we expect tomorrow night?

The first iteration of the plan had three stages.

The centrepiece of Stage 1 is the Low and Middle Income Tax Offset (LMITO or ‘Lamington’). The Lamington cuts taxes for taxpayers who earn less than $126,000 a year (the vast majority). Taxpayers receive this as a lump sum when they file their tax returns at the end of each financial year.

The Lamington was meant to be temporary, replaced in 2022 by Stage 2: an extension of the middle tax bracket and an increase to an existing offset, the Low Income Tax Offset (LITO). Stage 2 was designed to preserve the simplicity of the tax system by avoiding ‘baking in’ the Lamington. In practice, it gave an almost identical tax cut to anyone who had been receiving the Lamington, plus a higher tax cut for higher-income earners.

Stage 3, scheduled for 2024, delivers a much bigger tax cut for the highest-income earners by introducing a single flat tax rate on every dollar earnt between $45,000 and $200,000.

Some pre-election tinkering in 2019 preserved the structure of the stages but amplified the generosity. The Lamington was more than doubled from a maximum of $530 to a maximum of $1,080, and its Stage 2 replacement was scaled up to match. Stage 3 was made even more generous by cutting the middle tax rate from 32.5 per cent to 30 per cent.

In 2020, the year of COVID, a desire for stimulus prompted the Government to tinker again, and this time it upset the stage structure.

Instead of using Stage 2 as a Lamington replacement – as originally intended – the Government brought it forward to 2020-21, delivering Stages 1 and 2 at the same time for one year only. The intention then was to remove the Lamington the following year and thereafter revert to the original plan. 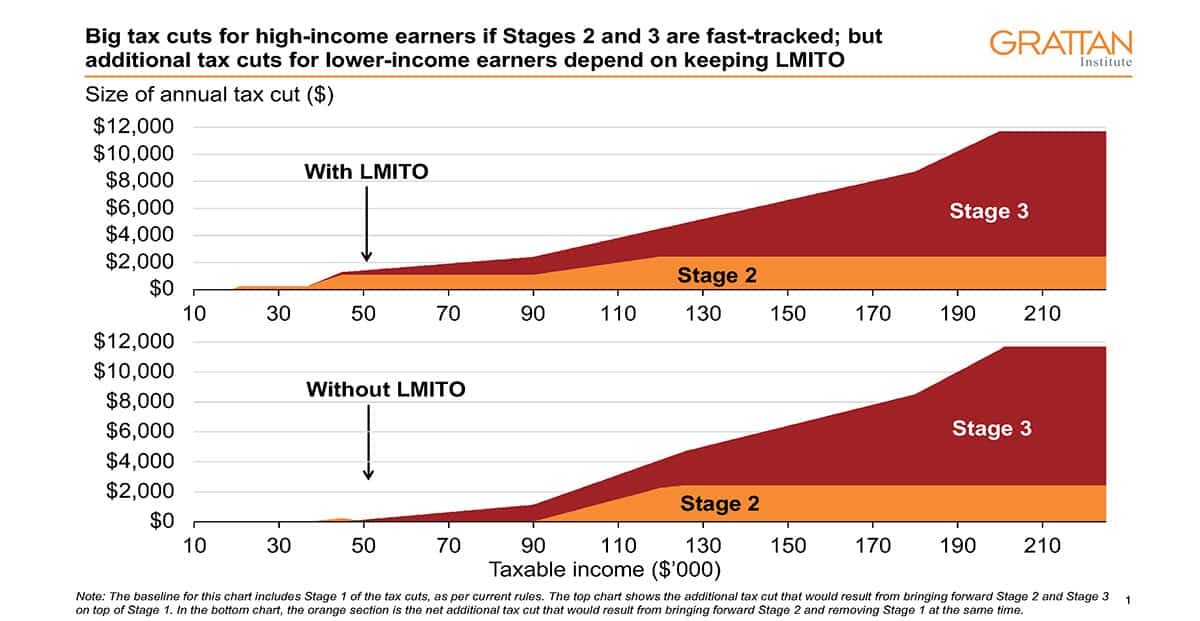 Who’s afraid of a tax hike?

But this has created a political problem for tomorrow’s Budget. Removing the Lamington as legislated would create the awkward appearance of a tax rise in 2021-22 for most taxpayers. That is, taxpayers who benefited from the double-up in 2020-21 would pay more tax the following year when the stimulus tax cut is withdrawn.

Perhaps uncomfortable with this prospect heading into an election year, the Government is now expected to keep the Lamington alongside Stage 2 for another year.

This casts doubt over whether the Lamington will ever be removed – no politician is eager to raise taxes, and we may see the major parties trading promises during the next election campaign about the future of the Lamington.

For as long as Stages 1 and 2 remain in place together, the Government’s tax cut for low- and middle-income earners is four times larger than it originally intended. Every extra year with the Lamington in place costs about $7 billion. But this still pales in comparison to the ongoing cost of Stage 3, which will hit the forward estimates for the first time this Budget.

Baking in the Lamington is also a messy way to design a tax policy – almost certainly not the way Treasury would have designed a $2,000 tax cut for middle-income earners if it were designing this from scratch.

It is unlikely tomorrow’s Budget will definitively resolve the future of the Lamington. The question of how long it will survive, and whether the plan will endure any more tinkering, will probably extend into the next election and beyond. 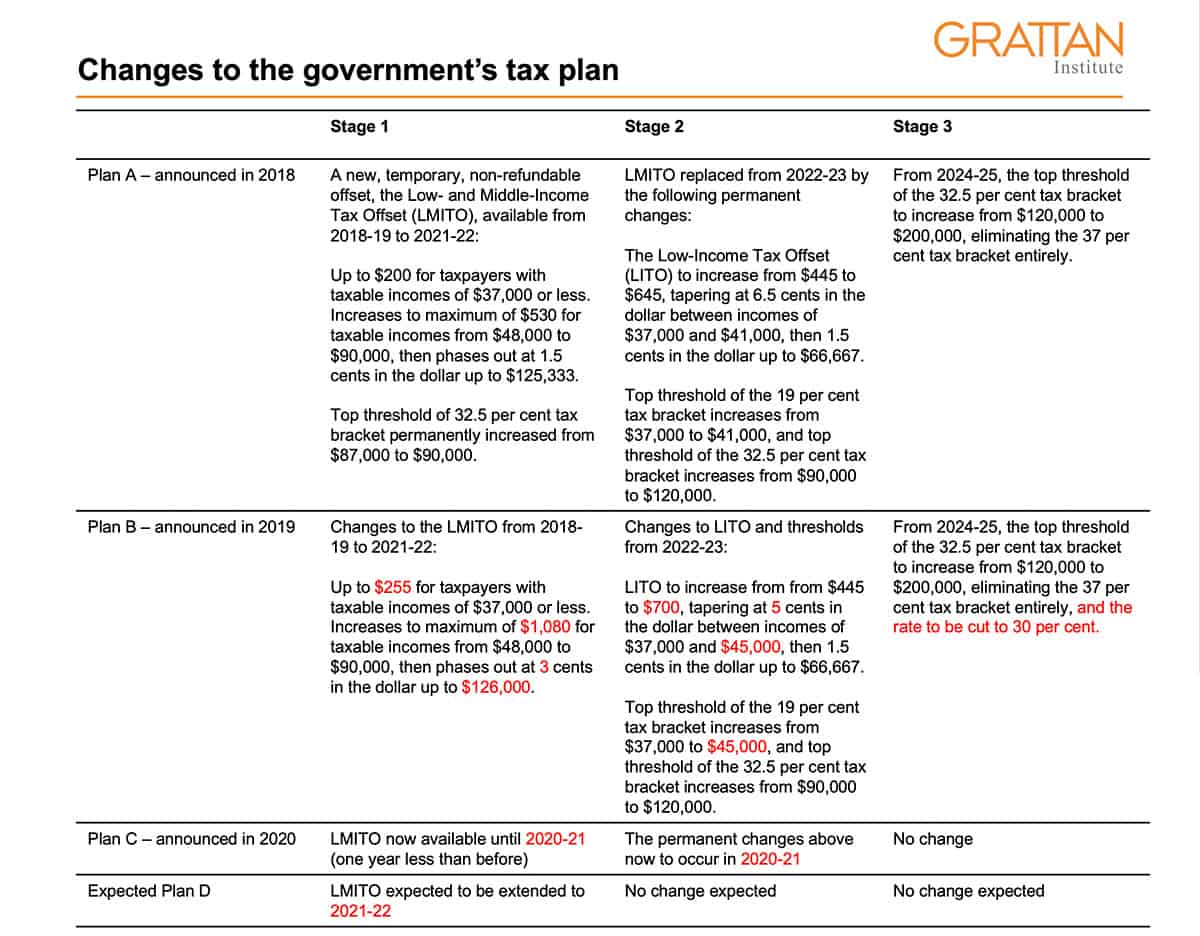