Bill Shorten and Chris Bowen yesterday announced the Labor Party’s second detailed tax policy: last month multinational tax avoidance, this month superannuation tax concessions. The new policy is a step in the right direction and will rein in some of the largest tax concessions for the very well off. But it does not go nearly far enough. Wealthy people will continue to receive generous tax benefits from super, and younger people and those on low and middle incomes will keep footing the bill.

The issue matters. Income tax is our largest tax base. Superannuation tax concessions are the largest leak from that tax base – and the leakage is growing fast.

Labor’s plan will increase the number of people who pay a 30 per cent tax rate on their superannuation contributions. The change in the high-income superannuation charge threshold from $300,000 to $250,000 will capture a further 110,000 taxpayers and raise about $500 million more a year. Yet most people will continue to pay tax at only 15 per cent, rather than their marginal tax rate, on up to $30,000 a year of contributions to their super.

While Labor’s plan will improve tax collections from the very well off, the threshold remains so high it will still miss a lot of high-income earners who use superannuation to reduce taxes they pay on their savings.

These people, having become accustomed to a certain standard of living, are always going to save for their retirement; life on the full age pension does not appeal. The tax concessions do little to increase how much they save; instead it mainly changes how much tax they pay on their savings.

Tax concessions on contributions are worth about $18 billion and these high earners benefit most from them. The top 20 per cent of income earners receive almost 60 per cent of these concessions. Targeting only the top 2 per cent does not go far enough to reduce the growing costs of these discounts to other taxpayers.

A better way to target super concessions would be to reduce the cap on concessional contributions to $10,000 a year (from the current $30,000 for people younger than 50). This would raise about $5 billion a year; many multiples of the Labor proposal. More than 90 per cent of taxpayers would pay no more tax than they pay now. The 10 per cent of tax payers contributing more than $10,000 a year (overwhelmingly in the high income groups) could still put more than $10,000 into their super but they would no longer receive generous tax concessions for doing so.

Labor also plans to tax superannuation earnings for retirees who have started to draw down their super. Currently this group pays no tax on super earnings, regardless of much they earn. At the extreme, a recent Association of Superannuation Funds of Australia report shows there are 475 retirees with super account balances greater than $10 million, receiving average income streams of $1.5 million a year, almost tax-free. The tax free status of earnings is imposing a growing cost on the budget as the baby boomers retire in greater numbers and with higher balances than previous generations.

Labor proposes to tax retirees’ earnings at 15 per cent – the same rate imposed on people under 60 – but with a tax free threshold of $75,000. The change would raise an estimated $900 million a year from the 60,000 retirees who probably have account balances of more than $1.5 million.

This is a solid step to curbing the excessive generosity of the current system. But the tax-free threshold of $75,000 is too high. A retiree with superannuation earnings of $100,000 would pay only $3750 in tax, less than a wage earner on $38,000. Working taxpayers on low and middle incomes would still pay to preserve the superannuation balances of wealthy retirees. Much of this super money will be passed on to the next generation. Labor’s policy preserves much of this taxpayer funded subsidy of inheritances.

A better policy would be to set the tax-free threshold at $20,000. This would bring the tax on well-off retirees more in line with the tax working Australians pay, while still allowing retirees with modest superannuation balances to pay no tax.

Despite its softly, softly approach, Labor’s policy is an important step. A serious discussion from the major parties about superannuation tax concessions was inconceivable three years ago. Are we now able to have a sensible bipartisan conversation about measures that help the budget but are not unfair? We will only know when we see the government’s response to the Labor proposals. Ideally, it will use the cover from the opposition to introduce an even better policy of its own. But optimism may be premature. The tide might be turning in the debate about Australia’s long-term budget sustainability. But when a tide is turning, that usually means it has a long way to run. 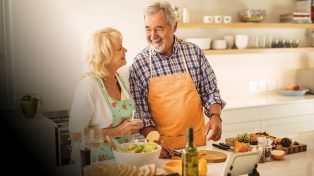 Published by Tax and Transfer Policy Blog,  Monday 5 August At the heart of the debate over higher compulsory superannuation sit big trade-offs that are too rarely acknowledged. Boosting retireme…