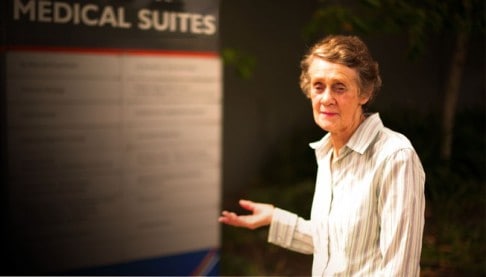 Lessons on health for whoever forms government

Published by The Drum, Monday 4 July

The “Mediscare” campaign will have an impact on health policy development in the new parliament, but to suggest any chance of reform is now dead is both naïve and premature.

The precipitating factor for Mediscare was a somewhat innocuous back-office outsourcing proposal, but this was jumped on by Labor Leader Bill Shorten and blown up into a full-scale privatisation scare.

Turnbull tried to squash the campaign by an unequivocal statement about the back-office issue, but the hare was off and running. Turnbull was skewered by the lingering effects of his predecessor’s 2014 budget hubris.

Voters remembered the compulsory co-payment proposal and didn’t like it. Turnbull had not ruled co-payments out, and his own 2016 budget had proposed removing incentives for bulk-billing in pathology and radiology. The “don’t kill bulk bill” campaign was still fresh in voters’ memories.

Labor, in contrast, had already nailed its health credentials to the mast with an end to the rebate feeeze, which it had labelled as a “co-payment by stealth”. It was able to build on that. Mediscare got legs and was a negative for the Coalition in the campaign.

Lessons for whoever wins government

What are the lessons for this for future health policy development? Although some commentators have already labelled all prospects for health reform in the 45th parliament as dead, this is both naïve and premature.

First, “reform” is not a neutral word – my “reform” is your destruction of Medicare. There are many potential health care reforms that should be able to attract bipartisan support. For example, both parties had reforms to primary care through introduction of health care homes in their election platforms, and both would presumably support modernising the fee schedule to remove outdated and inappropriate items. What are off the table are partisan reforms, inconsistent with the public’s understanding of what Medicare is.

Second, many policy changes can occur through administrative action, such as piloting new ideas, or through the spending power, implementing those changes that do not require legislation. Even the motley Senate crew we seem to have elected will presumably baulk at blocking budget bills.

Despite media commentary to the contrary, recent political history in Australia is that governments rarely have a majority in the Senate. If this is the measure of instability, it is not new, it is the new normal.

What is relatively new is governments not having an outright majority in the House of Representatives. All this does is add a new venue for negotiation.

Unfettered power is not the norm in any sector of the community. Businesses have to ensure they don’t displease customers or, in some cases, suppliers. Employers now have to listen to employees. Is it so bad that governments have to keep an eye out for what might get through parliament rather than stamping their feet and hoping the recalcitrants will all go away?

We may be in for a new era of “adult government” – one where there is much greater use of cross-party committees to evaluate or even develop policy. There is a broad consensus in the health sector, also accepted by consumer groups, about acceptable directions for reform. There is no reason these types of changes cannot occur in the new political reality.