Melbourne's traffic is enough to make you snarl - Grattan Institute

Melbourne's traffic is enough to make you snarl 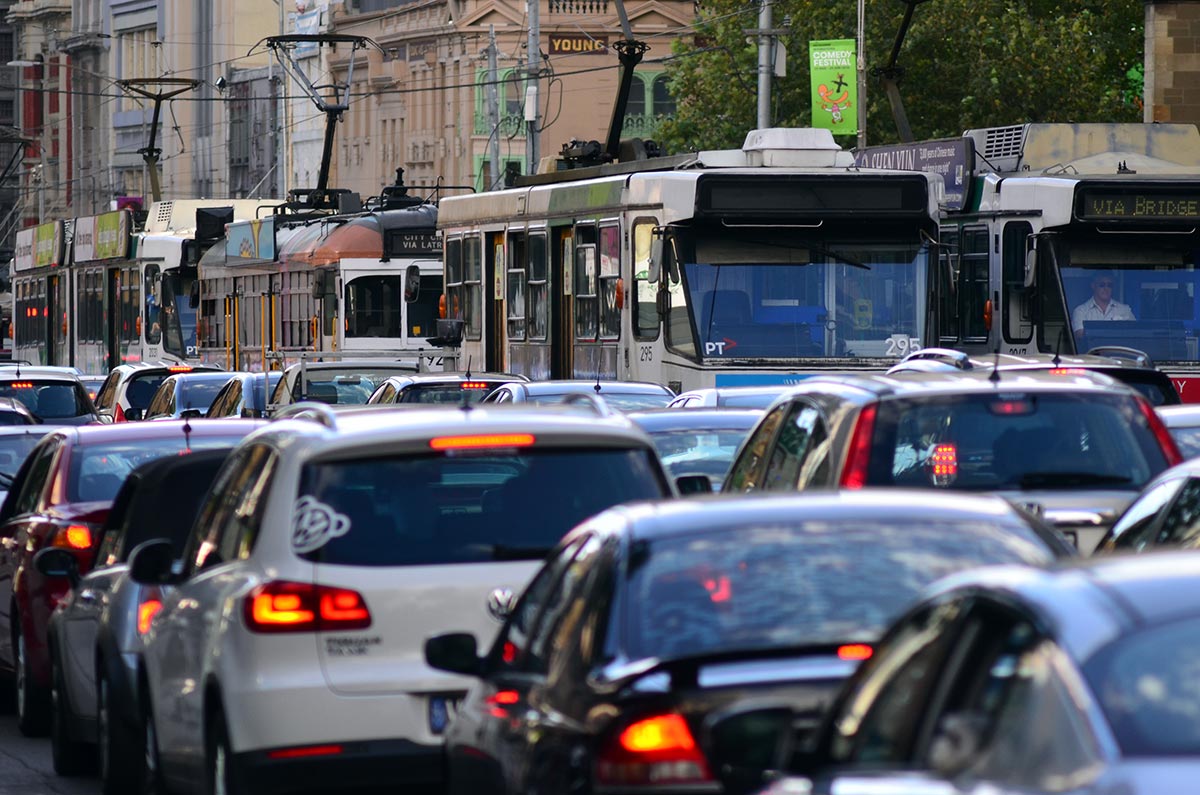 Sorry Melbourne, but when it comes to tackling road congestion, Sydney does it better.

Sydney might be bigger, faster and busier, but new analysis by the Grattan Institute reveals that traffic delays in Melbourne are at least as bad and often worse.

In fact, we Melburnians could learn a thing or two from Sydney.

If you’re driving into the city in Melbourne’s morning peak, expect your trip to take 80 per cent longer than it would in the middle of the night. That’s more delay than Sydney, where it would be about 70 per cent.

In the middle of the night, it takes an average of 25 minutes to drive to Melbourne’s CBD. If you’re driving in the morning peak, add another 19 minutes. In the afternoon, it’s 13 extra minutes — plus the peak goes on for longer and so is harder to avoid.

If you have to drive into the city, the worst place to live is the northeastern suburbs — Doncaster, Heidelberg, Kew and the like. You cop the biggest delays and the most unreliable trips.

If you drive to the city from Heidelberg, it will take twice as long in the morning peak as it would in the middle of the night.

By contrast, people coming from Sunbury, Craigieburn, Donnybrook or Frankston face delays of less than 40 per cent on a typical weekday morning.

But that’s just the average day. Another problem, perhaps even more frustrating, is that the length of the delays is very unpredictable.

On the worst day in a typical week, the trip from Heidelberg takes well over double the time it would take without congestion and once a month it takes more than two and a half times longer.

Doncaster is just as bad. A trip to the city with no traffic takes about 20 minutes. Commuting in the morning peak takes about 38 minutes — almost twice as long.

But a commuter who does the trip regularly also knows that on one day a week, the trip will take “only” 29 minutes, but on another day as long as 44 minutes. To get to work on time almost every day, you need to allow 48 minutes to make the morning trip — that’s a buffer of about 10 minutes above the average peak time.

And even with that buffer, once a month you’ll be late for work.

Commuters from the outer southeast also feel the pain of peak-hour congestion. Someone headed to the city from Cranbourne during the morning rush faces an average travel time of one hour and three minutes, compared with 39 minutes at midnight. The roads from there are also unpredictable — one morning a week the trip takes less than 50 minutes, while another morning almost an hour and a quarter.

If you do commute in from Cranbourne and don’t want to arrive late, you would be wise to leave more than one hour and 17 minutes for the trip.

SO, what’s the story in Sydney? They’ve got more people and it’s a lot harder to plan a transport network when there’s an enormous harbour in the middle of your city.

They’ve also grown nearly as fast as Melbourne, adding 20 per cent of population in the past decade to our 25 per cent.

Yet our traffic congestion is, on some measures, worse. Clearly we need to learn from Sydney.

Melbourne should do what Sydney has done and create bigger differences between peak and off-peak public transport fares — it should be more expensive during the peaks and cheaper when there’s more room on the trains and trams.

That way, people who don’t mind when they travel can save money.

Melbourne should also dramatically increase the CBD parking levy. Now it’s only about half as much as Sydney’s.

Doubling it would persuade a few more people to leave the car at home.

And one of these days, the Victorian government is going to have to introduce congestion pricing. That doesn’t mean more toll roads — it means charging people who drive at peak times on congested roads a small fee.

People who pay the charge would get a quicker and more reliable trip. People who can travel outside of the peaks would not have to pay, because there would be no congestion charge when the roads are not congested.

The increased cost to drivers could be offset by cuts to car registration fees. And any extra money raised by the congestion charge could be spent improving our trains, trams and buses.

Ten years ago, the idea of a congestion charge for Melbourne might have sounded radical.

Some of the great cities of the world now have successful congestion pricing schemes, including London, Stockholm and Singapore. Let’s get to it before Sydney does.