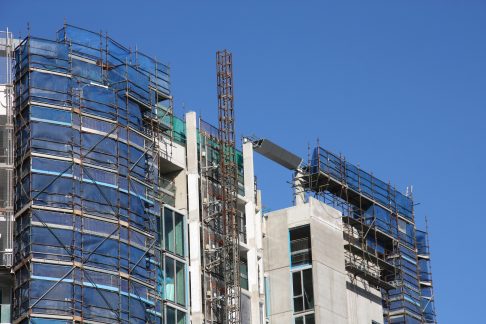 Published at The Conversation, Thursday 8 March

Restrictive zoning contributes about 40% to the price of houses in Sydney and Melbourne, according to new research from the Reserve Bank of Australia. The study looked at zoning restrictions, such as minimum lot sizes and maximum building heights, which affect what kind of housing can be built, and where.

Of course, zoning and planning rules play an important role in managing the growth of cities and protecting the character of particular neighbourhoods. But as Australia confronts a housing affordability crisis, the question is whether the costs of our planning rules outweigh the benefits.

The RBA research refers to the impact of zoning restrictions on house prices as the “zoning effect”. This can be thought of as the price a developer would be willing to pay for permission to build a home on a given plot of land, if the rules allowed them to.

Within Sydney, the zoning effect is largest in northern councils such as Willoughby and the Northern Beaches; in Melbourne it’s in inner and eastern councils, including Boroondara and Stonnington.

The impact is not restricted to houses. The zoning effect added about A$400,000 to the price of an average apartment in Sydney in 2016. For apartments in Melbourne and Brisbane, the extra cost was more than A$100,000.

The RBA research adds to international studies on the costs of zoning rules.

A study in the United States found the prices of existing homes vastly exceed the cost of building new housing in a handful of coastal cities with the most restrictive planning rules, such as San Francisco, Los Angeles, New York and Boston.

Another study found that house prices in the south-east of the United Kingdom would be 35% lower if as many planning permits were issued as in the north-east. And a study in New Zealand last year also found that land use regulation accounts for a large share of the cost of homes in major cities, particularly Auckland and Wellington.

The RBA research does not measure the benefits of zoning restrictions in Australia, but overseas studies generally conclude that the local benefits of current planning rules (such as protecting the character of particular neighbourhoods) are not nearly large enough to justify the costs.

The new RBA research confirms that planning rules have pushed up the price of housing by restricting the number of new homes built at a time of strong demand. Our own research shows that for much of the decade from 2005 to 2014, annual housing construction was at or lower than the average of the previous 25 years, even though population growth was much higher.

We estimate that if an extra 50,000 homes were built each year for the next decade, national house prices could be between 5% and 20% lower than they would be otherwise. And building more homes will improve housing affordability for everyone, not just those who purchase new houses.

All levels of government in Australia need to build the public case for increased density. State and local governments should change planning rules to allow more medium-density housing in established suburbs that are close to jobs and transport.

When councils fail to meet housing targets, independent planning panels should be given power to assess development applications, as is increasingly occurring in Sydney.

Housing affordability is a big problem. The RBA’s findings show that reforming planning rules is a big part of the solution.