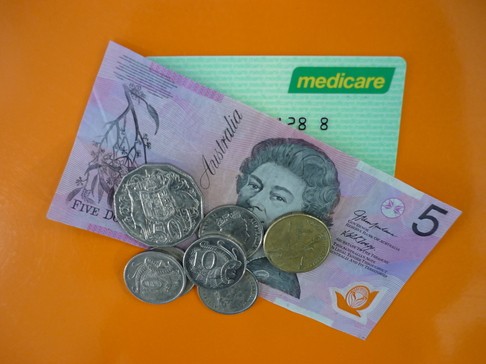 In the famous Australian poem, ­Hanrahan – the eternal pessimist – claims that whatever happens, “we’ll all be rooned”. The same doom and gloom dominates discussion about healthcare. Ageing of the population is a crisis. The health system is un­sustainable. People visit doctors too often. The list goes on.

It’s as if the health system is a basket case. It is not. Australia does better than other wealthy countries on most important measures. We live longer and fewer people die prematurely, even though we devote less of our gross domestic product to healthcare. We have also seen a significant fall in the number of deaths that can be avoided with better healthcare.

But we can’t be complacent. Not ­everyone benefits from the services and health that most of us enjoy. Our performance looks good on average, but too many people, particularly ­Indigenous Australians, suffer from avoidable illness and die too young. And while the health system has served the lucky majority well, health needs and healthcare are changing dram­atically. A winning formula from the past won’t work in the future.

We hear a lot about the costs of ­ageing, but in the past 10 years the real change has been the care that people get. New drugs, tests and treatments have been invented. Older people are healthier and living longer, so ­surgeons are more willing to operate on them. As a result, people over 85 are about 50 per cent more likely to be admitted to hospital.

Meanwhile, everyone is much more likely to have one or more chronic ­diseases, such as dia­betes, or arthritis. These problems last for decades, yet our system has evolved to provide one-off treatments for short-term illness.

So society is confronted with big choices. Do we wait until chronic ­diseases are life-threatening before we take action? Do we consign the elderly to the scrapheap when they turn 85?

No we don’t. Like every other ­developed society, we’ve chosen to pay for more healthcare.

It’s a rational choice, yet one response to it is to panic, declare that healthcare is unsustainable, and scramble for a quick fix. But simple solutions rarely work in the health ­system, and short-term responses won’t solve long-term problems.

PRICE SIGNAL For example, shifting costs from the public purse to the private pocket gets dressed up as good economic sense. We’re told it will send patients a price signal that keeps them at home if they don’t really need a GP or an emergency room doctor.

But patients aren’t trained to diagnose themselves. Instead, they are likely to avoid care they need, skip drugs they’re prescribed and get sicker. The result can actually be higher healthcare costs. And fees have a much bigger impact on poorer people, who are more likely to be sick and need treatment.

The right solution is much harder than passing the buck, but it will yield far better long-term results. It is changing what we pay for, not just who’s paying.

We should reward health teams, including doctors, for looking after a patient with chronic diseases over the long haul – ideally for keeping the person as healthy as possible. Instead, our taxes are spent rewarding the number of visits a GP gets, not the results the GP achieves. Redesigning payment systems isn’t a quick fix. It is complicated and will take time. We don’t yet know what works best so we need to experiment and carefully assess the evidence.

Second, we need to invest in pre­ventive programs that work. Over ­decades Australia has led the world in its attention to road trauma (seat belts), AIDS prevention and cigarette smoking. These reforms used a mix of ­community engagement, social marketing campaigns, taxes and regulation to change community behaviour.

We need to confront obesity with the same determination and the same mix of tools.

Such big changes involve shifting resources. That can’t happen without taking on vested interests. Every dollar spent in the health system is a dollar of income for a company or an individual. The losers won’t be happy. They’ll fight and scream, make up data, pretend they are only looking out for the patient. The tobacco industry wrote the song book, but some health lobby groups aren’t far behind. Vested interests are also protecting wasteful spending that could pay for the changes we need. Each year we pay well over a billion ­dollars too much on high drug prices and inefficient hospital practices.

Australia’s fine health system was built by adapting to new realities, often through wrenching, structural changes such as establishing Medicare.

We need to build on that legacy by doing the hard work of real reform.

There is no need to panic. There’s time to get it right, but no time for quick fixes that don’t fix anything.