Submission to the Inquiry into the Higher Education Support Legislation Amendment 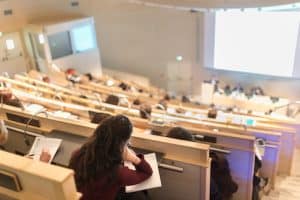 The Senate is conducting an inquiry into the higher education reforms announced in the 2017 Commonwealth Budget. In their submission, Andrew Norton and Ittima Cherastidtham explain why the Senate should support changes to the Higher Education Loan Program (HELP) and the proposed increases in student contributions.

HELP is costly to government partly because not all student debt will be repaid. While HELP should protect low-income earners from financial hardship caused by debt repayments, the current threshold is more generous than other government programs that protect people on low income, such as the Low Income Health Care Card or the minimum wage.

Much of the HELP debt likely to be written off is held by people in relatively affluent households. Debt write-offs would be better targeted if the Senate supports the government’s proposal to reduce the initial HELP repayment threshold from $52,000 in 2018-19 to $42,000. About half the people affected by the new threshold have a partner, and household incomes greatly exceeding $42,000.

While the political focus has been on the initial HELP threshold, the government’s package also require higher repayments from people on incomes above the existing threshold. They will repay more quickly, which will further reduce HELP’s cost.

The government also proposes phasing in increases to student contribution amounts of 7.5 per cent, starting in 2018 and concluding in 2021. This measure would save about $1 billion in the years to 2021.

Overall higher education remains a financially attractive investment decision even with higher student contributions. While the benefits are not as large as they were in the past, graduates still have a lower unemployment rate, hold a larger share of professional jobs and generally earn more than school leavers or vocational qualification holders.

Although most graduates will still enjoy labour market advantages, some prospective students should carefully consider their options, especially men whose interests align with vocational disciplines.

The savings from increases in student contributions and HELP reforms would help avoid the need to restrict the number of students in Australia’s public universities.