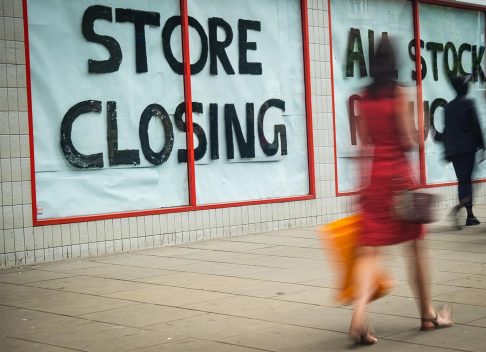 The way out of the COVID-19 recession

Published in The Saturday Paper, 12 September 2020

“The recession we had to have”. It’s the phrase Paul Keating famously used to describe Australia’s previous recession, which began in 1990, but it is far more apt for Australia’s coronavirus recession a full 30 years later.

The coronavirus health crisis made a sharp economic shock inevitable. No country with community spread of the virus avoided it. Australian governments rightly focused on providing income support to keep households and business afloat. For the most part, the history books will judge the emergency response positively.

But this same sense of inevitability is now creeping into the discussion about the economic recovery. The forecasts don’t paint a pretty picture. The Reserve Bank expects unemployment to climb to 10 per cent by the end of the year and still be above 8 per cent by the end of 2021. In recently published Parliamentary Budget Office scenarios, the economy does not return to potential for the best part of a decade.

This is not inevitable though – government policy choices can change this path.

To understand the potential pitfalls ahead, we have to glance back, slightly: to the Commonwealth government’s unprecedented response to the initial economic crisis in March.

As the virus started to spread in the community, social distancing measures “brick-walled” key parts of the economy, and consumer and business confidence plunged. Long queues snaking outside Centrelink offices on March 23 became the human face of the crisis. In the four months to June, more than one million Australians lost their jobs and another 1.15 million lost hours.

Business owners were also on the front line. In almost every sector, a majority of businesses reported a hit to demand in April. Those hit hardest – arts, tourism and hospitality – saw output fall by more than 20 per cent from March to June.

The government responded with an unprecedented spending injection, announcing a series of policies to provide income support to households and businesses, including the centrepiece JobKeeper wage subsidy scheme.

Together, these direct measures pumped an extra $128 billion into the economy, more than 10 per cent of GDP, in the six months from April. State government interventions added at least another 1 to 2 per cent, and early super withdrawals an additional 1.5 per cent.

The Reserve Bank also came to the party in March with a 0.5-percentage-point drop in the cash rate and $90 billion in liquidity support, designed to keep cash flowing in the credit system and interest rates on government and corporate borrowing low. And retail banks provided blanket deferrals of home and business loans for distressed customers.

It is these huge liquidity injections that explain why many Australians don’t yet “feel” as though we are in the middle of the biggest economic shock since the Great Depression.

Fewer businesses have gone into insolvency this year than last. JobKeeper, cash-flow supports, the commercial rental code of conduct, loan deferrals and changes to insolvency laws have enabled many businesses to hang on by their fingernails.

Similarly, household incomes actually rose overall during the first three months of the Covid-19 crisis. The increase in government benefits more than offset the loss of wage and salary income. Long-term welfare recipients were lifted out of poverty by the effective doubling of the JobSeeker payment, and many part-time workers who received the flat $1500-a-fortnight JobKeeper payment were the beneficiaries of this income increase.

In other words, the emergency measures did their job, cushioning the blow. But as these measures are unwound, some of the structural weaknesses they masked will become apparent.

These support measures will be phased out as other economic supports, such as loan repayment “holidays” for distressed households and businesses, also come to an end. It is not yet clear how many home and business owners will be left without a chair when the music stops.

Bank data suggest a sizeable group of home owners have sustained a hit to their salaried incomes and have limited savings buffers. Unless there is a strong turnaround in the jobs market, foreclosures are inevitable.

Likewise, many more businesses could permanently close their doors. Australian Bureau of Statistics surveys suggest 10 per cent of small businesses and 6 per cent of medium businesses expect to close when the support measures are no longer available. Insolvency practitioners are gearing up for a big 2021.

All of this comes while the Australian economy is reeling from a globally synchronised recession, and our borders remain effectively closed to new migrants. This is the reality that informs the RBA’s grim unemployment forecasts.

But there are alternatives. Our governments have the ammunition to prevent a demand crisis crippling the economy. Significant government stimulus, with a focus on job creation, could avoid or at least substantially improve some of the dire outcomes now predicted.

The Grattan Institute estimates that additional stimulus of about $100 billion to $120 billion would be enough to cut the unemployment rate by about 2 percentage points by the end of 2022. On current forecasts, this would bring unemployment back down to about 5 per cent – about the level the Reserve Bank says is needed to get wages growing again.

The case for job-boosting stimulus is compelling.

The scarring effects of long-term unemployment are well understood. Recent papers from Treasury and the Productivity Commission reaffirm that young people who enter the job market in a period of high unemployment have poorer employment prospects and lower wages for many years down the track.

There is also an emerging literature about the damage to the economy overall from running well below potential for an extended period: leaving so many people without work reduces growth long after the crisis has passed.

What does good stimulus look like? It should focus on creating jobs and delivering longer-term benefits for the community.

Building social housing should be at the top of the list, as it will help cushion the coming crunch to the construction sector. It is also fast to roll out and would help alleviate the significant shortfall of social housing across the country. Other smaller projects, such as retrofitting public buildings to improve their sustainability, would also fit the bill.

But this is not just a tradie recession. The services sector has borne the brunt of the initial hit, with job losses particularly acute for women and young people.

There is a strong case for spending on services, particularly on services in areas of social need that have emerged during the Covid-19 crisis. Boosting mental health and aged-care services, and rolling out a tutoring program to help disadvantaged students catch up on learning lost during the pandemic, would create jobs and deliver long-term benefits.

Stimulating demand directly in hard-hit sectors such as hospitality, tourism and the arts is harder, but not impossible.

Personal income tax cuts can help boost demand in these sectors. But money will inevitably “leak” to savings, reducing the economic kick. The “stage three” tax cuts that the government is flagging it will push through after next month’s delayed budget are particularly poorly designed for stimulus, given how they skew towards high-income earners – the group most likely to save the additional income. Almost two-thirds of the stage-three benefits flow to the top 20 per cent of tax filers. In recent months, this group has been saving at record rates.

Other ideas, such as a temporary GST holiday or electronic vouchers to spend in certain sectors, give more bang for buck in boosting spending. The Northern Territory and Tasmania have launched time-limited vouchers for spending on local tourism. Britain’s “Eat Out to Help Out” scheme, which provided government-funded discounts for dining on Monday to Wednesday nights, increased restaurant spending by a third.

Finally, while they are not traditional temporary stimulus measures, long-overdue increases to income assistance are vital. Calls for an increase to the rate of the unemployment benefit and rent assistance were already overwhelming before the pandemic. And boosting the childcare subsidy to reduce parents’ out-of-pocket costs is one of the more significant economic reforms that governments could implement. All would provide a significant kick to the economy and give groups hit hard by the pandemic the best chance of being “job ready”.

The main blocker to government intervention on this scale is concern about “debt and deficits”. These concerns are misplaced. Extra stimulus will indeed mean bigger deficits and extra government debt, but governments should use their balance sheets to spread the costs of such a big shock over time. The Australian government can borrow for 10 years at a fixed interest rate of less than 1 per cent – a negative interest rate in real terms. The extra debt is entirely manageable, and you won’t get many investments with a better business case.

So far, Australia has handled the twin health and economic crises of coronavirus relatively well. But there are big challenges to come. This is not the prolonged economic slump we have to have. Governments can still choose to give us the recovery we need.