Published at The Conversation, Tuesday 3 September

Depending on who you ask, our teachers are either some of the best paid in the world, or they’re underpaid.

Here are the facts: Australian teachers get a very decent starting salary, but their pay quickly falls behind that of other professionals.

Getting teacher pay right is crucial to attracting the best and brightest to the classroom, so it’s important to debunk a few myths.

We should not fall into the trap of comparing Australia’s teacher salaries to other countries using dollar amounts, even after taking account of the cost of living. Australia is a rich country. Our incomes are relatively high, and our education system is competing with other industries to attract the best talent.

Chart 1 compares teachers’ pay with the pay of similar-aged professionals in Australia. Chart 2 shows how those numbers compare to other countries.

But average pay is not the only factor, so Chart 3 looks at what opportunity there is for Australian teachers to earn a very high income.

The starting full-time salary for a classroom teacher in most Australian states is between $65,000 and $70,000, based on every enterprise bargaining agreement (EBA) we examined.

That’s reasonably competitive with the starting salary of a graduate with an engineering, commerce, or law degree, and has been improving over the past 15 years. 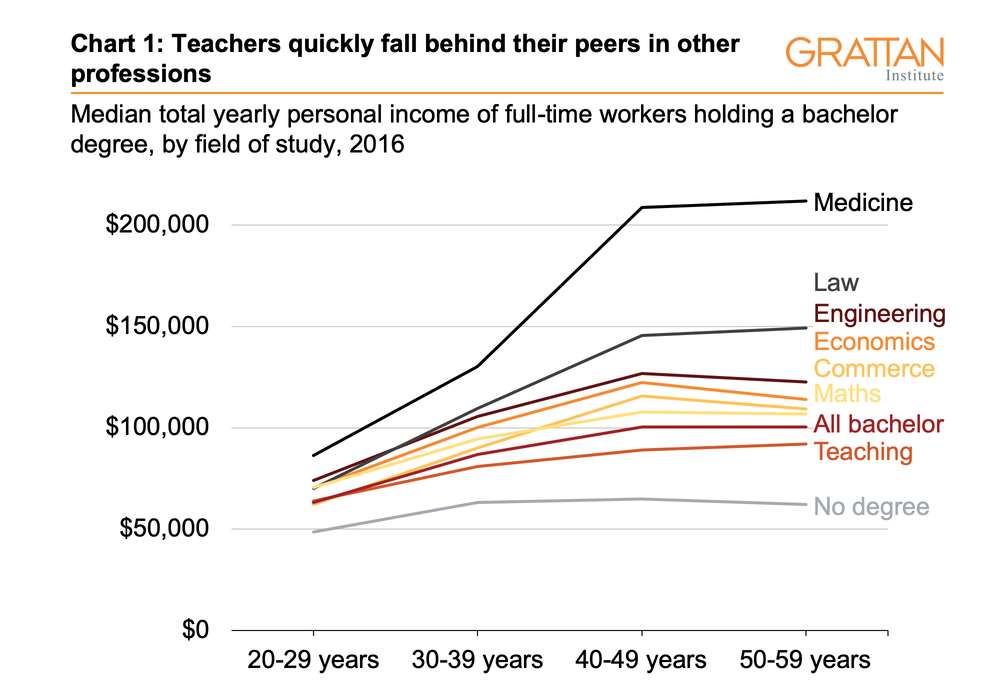 The trouble is that teacher pay doesn’t rise much with age or expertise. The pay scale for a classroom teacher stops rising after about nine years, while the incomes of their university educated peers in other professions keep rising well into their 30s and 40s. 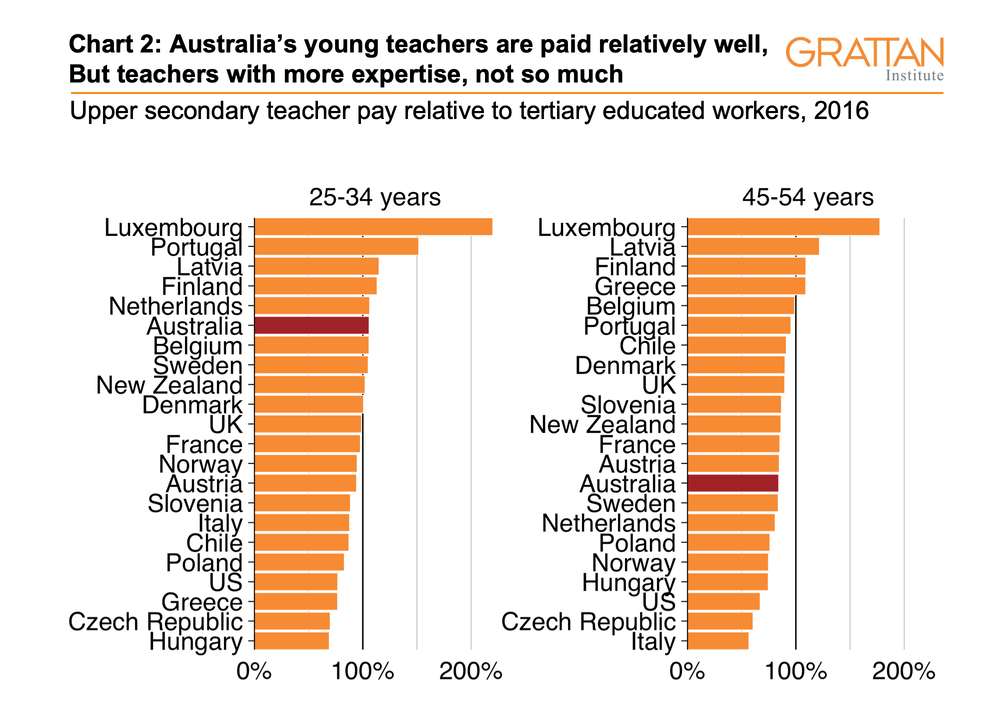 People with a teaching degree in Australia have almost no chance of earning a very high income.

But for graduates with a teaching degree, that figure is only 2.3%. As Chart 3 shows, if you want to earn a really high income in Australia, you’re often better off having no degree than having a bachelor degree in teaching. 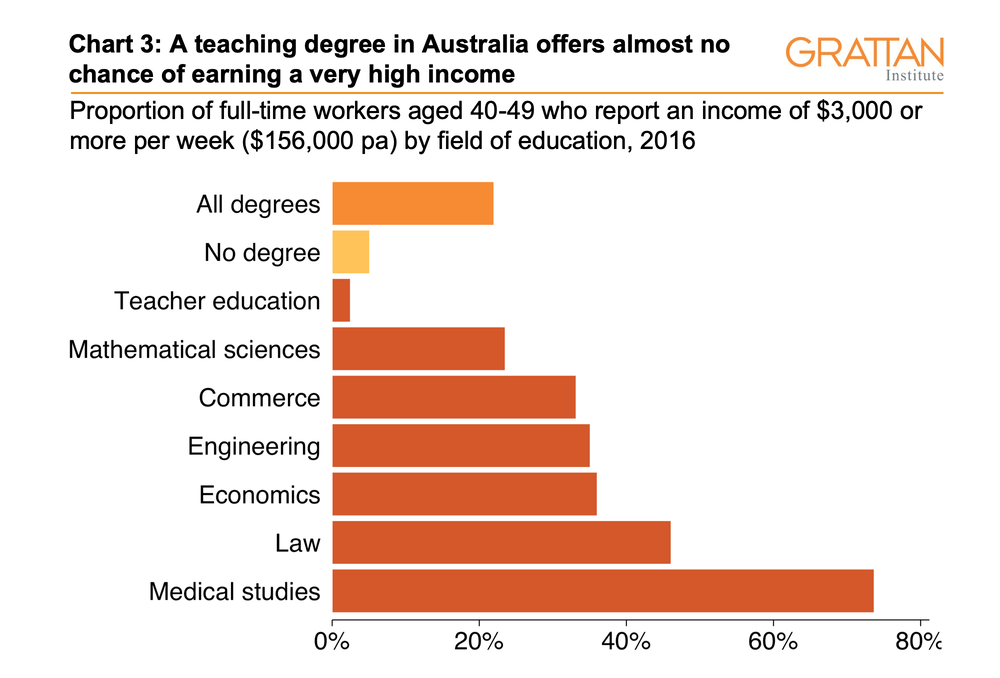 Teacher pay matters. Most young people who did well at school are interested in becoming a teacher – but most of them are turned off by the big financial sacrifices teaching involves.

A Grattan Institute survey of almost 1,000 young high achievers (aged 18-25 and with an ATAR of 80 or higher) found about 70% said they would be willing to give teaching a go.

But university enrolment data show that only about 3% of high achievers actually choose teaching for their undergraduate studies.

Our new report, Attracting high achievers to teaching, proposes a $1.6 billion-a-year reform package for government schools to double the number of high-achieving young people who choose to become teachers within a decade.

The package includes $10,000-a-year scholarships for high achievers who take up teaching, and new career paths for expert teachers with pay of up to $180,000 a year. That’s about $80,000 more than the current highest standard pay rate for teachers in Australia.

If governments were to implement our blueprint, it would send a strong message to Australia’s best and brightest – if you want a challenging career where expertise is celebrated and paid accordingly, choose teaching.