Published by The Age, Thursday 14 April

A small revolution is under way in Australian urban transport: more than 10 per cent of point-to-point hire-car rides are now taken not in taxis but in Uber vehicles.

In late 2015 the ACT and New South Wales legalised ride-sharing, as Uber, an online transport company, describes its business activity. Western Australia has announced that it will follow. South Australia on Tuesday became the latest state to announce changes.

But the Victorian government has not announced as much as a timetable for revised policies. The Grattan Institute’s new report, Peer-to-peer pressure: policy for the sharing economy, makes the case for change.

Victorians have turned in droves to ride-sharing, attracted to lower off-peak fares, better availability in peak demand periods, and the convenience of requesting and paying for rides from their phones. Drivers can also benefit: ride-sharing opens up work to people who need flexibility or are between longer-term roles.

But not everyone is a winner. Victorian taxi licence owners have long collected about $2 on the average taxi trip, totalling about $50 million each year. Licence owners can expect to collect less in rent from the industry in future: licence values have almost halved since the end of 2014, to about $150,000.

What should the Victorian government do? At present ride-sharing is illegal, yet the government turns a blind eye. That needs to change, but a crackdown on Uber and other companies that might follow, even if it is feasible, will hurt consumers.

The government should make three changes. First, it should legalise ride-sharing. It should create a new transport booking service category, with ride-sharing and hire-car operators paying a small fee to register. Ride-sharing should be restricted to pre-booked trips, and operators should be free to set their own prices.

All drivers should be required to undergo police and driver-history checks, to hold third-party property and personal injury insurance. Their vehicles should undergo regular safety inspections. The ACT and NSW strategies provide useful templates.

Second, the government must decide whether to retain restrictions on taxi licences. It may be tempted to follow NSW and stop issuing annual licences in an attempt to prop up the value of perpetual taxi licences. But propping up licence values – if it works – will keep costs to taxi operators higher than they need to be, making it harder for them to compete.

Third, the government must decide whether to compensate licence owners, many of whom are calling loudly for compensation. NSW has offered total compensation of $250 million, including $20,000 for each of up to two licences owned by any person. The money will be found by adding a charge to every taxi and ride-sharing trip for the next five years, paid for by the consumers who have already overpaid for taxi trips in the past.

Victoria is not legally obliged to offer compensation (and has offered little in earlier suggested changes). Many licence holders have made good returns on their licences: only those who bought licences after about 2000 will have made a negative return if licence values and rentals fall to zero in 2016. Any compensation should be targeted to people who bought licences recently and are experiencing financial hardship.

Apart from any one-off compensation charge, the government will take a minor ongoing hit to the budget. It will no longer earn its current $15 million revenue from selling annual licences. And it will need to increase disability service funding from its current level of more than $50 million, because it will no longer be able to get wheelchair-accessible taxis on the road by offering discounted licences.

Yet these difficulties can be overcome and should not stand in the way of change. The traditional taxi industry does not welcome change, but the benefits to the broader community are greater than the costs. There is no good reason for government to stand and wait. 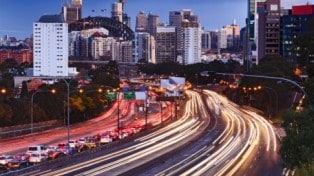 Digital disruption: STEM graduates and more regulation not the answer

Published at The Conversation, Thursday 16 June A complacent government could easily adopt a wait-and-see approach when it comes to the effects of technology on our economy, but a report from the P…