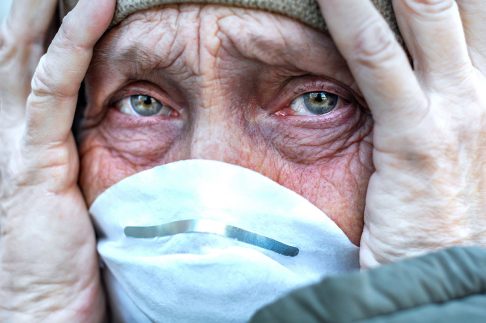 Waves of inequity in the coronavirus pandemic

The public discourse about the coronavirus crisis has removed from the public gaze any hint of structured and systematic inequity in the way the pandemic played out. The mantra that ‘we’re all in this together’ disguised the fact that some were more likely to get COVID-19 and some were less likely.

It is a myth that Australia is an egalitarian society – that Jack and Jill are as good as their master (in most hierarchies) or mistress, and that we are the land of the ‘fair go’. But the real story is that healthcare is riddled with inequities – and this has also been seen in the course of the pandemic. Inequality is at the core of the pandemic story, and the pandemic narrative should be about inequity in the incidence of who gets infected and why, who disproportionately bears the costs, and inequity in the outcomes of those infections.

First, a history  lesson. Australia  managed  the  early  stages  of  the  pandemic  well.  We closed  our borders to China early. We added Iran and South Korea to the banned list early too. A planeload  of repatriated Chinese Australians from Wuhan was quarantined in the remote Christmas Island detention centre. However, we baulked when countries like us – white and wealthy- began to show higher levels of infection. Italy had higher levels of infections than the Asian countries, but our borders remained open to Italians. The on-again off-again Melbourne Grand Prix with Italian teams occupied media space for a while. Infections were imported from Italy. The United States was the next source of infections. Some Aspen skiers, returning home, brought the infection with them. They were asked, probably politely, to self-isolate in their Portsea beach houses. They did not, and the virus spread. The first wave of infections was mostly these international transmissions, returning travellers, probably wealthier than the average Australian. Knowledge about the virus was scant during the first wave, but what was known – that it apparently started in China –  led to an outbreak of racism, with people of Chinese appearance being vilified in the streets and even physically assaulted.

The impact of the second wave has been at the other end of the income spectrum. Most of the people on the frontline were in poorly paid jobs, while people in white collar jobs could often work safely at home. Low-income workers in ‘high touch’ industries are more likely to be in overcrowded accommodation, increasing the risk of transmission. People with precarious job security were the vectors from ‘quarantined’ travellers to friends and families of the hotel-quarantine guards. The initial suburbs locked down were low income, often places of high-density living. When the social housing towers were added to the list of lockdowns, the  social gradient of the infections    became very visible. Communication problems with residents were exacerbated by the authorities’ failure to adequately recognise the need for cross-cultural communication. And the authorities in turn seemed  not  the trust the residents, with whom they had little contact.

The generations of neglect of public housing which had caused the overcrowding in the estates and created the conditions for rapid transmission did not lead to any calls for accountability of previous governments, nor of us, as voters and taxpayers who had connived with those governments to give too little priority to those in need. The second wave also affected the workers – especially frontline health and aged-care workers – who became infected partly because of inadequate personal protective equipment which had  been in short  supply.

Although governments urged everyone who suspected they were infected to self-isolate, people in precarious employment often had no sick-leave to fall back on, and governments did not back up their exhortation with the income support necessary to make self-isolation possible for people living from pay-to-pay.

The public health response of lockdowns hurts the poor much more than the rich. Young people reliant on casual jobs in hospitality and tourism lost their livelihoods, and their education was disrupted. Women suffered disproportionately too – from job losses, limits on additional subsidies for childcare, increased domestic violence and, for those able to work from home, the additional impact of school closures creating an inequitable home work load. People without permanent residency were excluded from public support programs such as JobSeeker and JobKeeper, and found it hard to pay for food. Occupancy rates of flats increased as money to pay rent dried up and so moving in with friends became the  only option. The modern equivalent of Depression-era soup kitchens stepped in and delivered packaged meals, which meant that these consequences  were out  of sight and therefore able to  be out  of  mind.

The health impact also fell disproportionally on the vulnerable. Those already sick were most at risk- people with compromised immune systems or multi-comorbidities had higher death rates from COVID-19 than otherwise healthy people who had become infected. Even  if one didn’t die from the disease, the long-term morbidity associated with infection is only now becoming apparent. Similarly, there has been an increase in mental illness, alcohol and drug problems, and domestic violence – and pre-pandemic planning ignored these potential consequences.

Death rates across the board have been higher during the pandemic, suggesting that already vulnerable people might have had their underlying condition exacerbated, even if they didn’t die from COVID-19.

Unfortunately, very often the public discourse has been dishonest, presenting  policy  choices  as  health versus the economy. In fact, there was no such trade-off The most recent corona  war  has  been about elimination as a strategy compared to suppression. Some corona warriors  have argued  that elimination is too costly a goal and will destroy the economy. In fact, almost half the Australian population live in states which have achieved elimination. Restrictions  are  being  lifted  in  those  states  and  life there  is  returning to  a new normal.

The difference between elimination – getting to zero infectious people in the community before lifting restrictions – and suppression, where restrictions are lifted while there are still active infections, is about instant versus delayed gratification. Elimination would mean Victorians living in lockdown for a few weeks more than under a suppression strategy. Suppression means lifting restrictions when the virus is still circulating, which in turn means that further outbreaks – big or small – are inevitable. With good luck, the outbreak will be small, entailing local restrictions and not requiring large-scale shutdowns. With bad luck, outbreaks will be bigger and a state-wide lockdown will be required.

Victoria’s current six-week lockdown is just one example of the yo­-yoing that suppression involves: lift restrictions, reimpose them, lift them again, reimpose them ad infinitum. It is probable that  a suppression  strategy will mean  more total days  of  lockdown than an elimination strategy, with more damage to business confidence and the economy.

What is forgotten in all of this is the distribution of the pain of a suppression strategy. Business leaders generally measure the pain of the pandemic in terms of the reduction in their business turnover – with the implicit assumption that no lockdowns would have meant no cost. But the evidence is that the no-cost assumption is a false one. People started self-imposed restrictions because of the fear of the virus; governments played catch-up with the mandated restrictions. Of course mandated restrictions imposed a cost on the economy. But the alternative of no restrictions means more transmission of the virus, more people in hospital, more deaths – and that would lead to greater costs on the economy than the initial lockdowns. The reality is that a suppression strategy with its bigger health and economic costs – is more likely to affect the vulnerable, exacerbating the inequities outlined

In summary, the public discourse about the pandemic has been disappointing. Public accountability and debate through parliamentary sittings has been curtailed, allowing legislation unrelated to COVID  to  be snuck through  without  proper  scrutiny.   The  economic  arguments  have  presented  a dishonest and nai’ve dichotomy of health versus economy, when in fact the public health response was the best for the economy too. Unfortunately there has been too little discussion of the ethics  of the policy choices being made.

So, what should our response be? First of all we need to tell the story truthfully, hence this piece and the other in this edition by Gordon Preece and Aviva Kipen. We have to call out inequity when we see it. Secondly, we have to advocate to extend social support to all those in need – including people who are not permanent residents but are affected by the pandemic. Thirdly, we need to advocate for health and housing systems which protect the vulnerable. Australia starts in a good place here: Medicare lowers most financial barriers to people getting health care, ensuring there are no huge gaps in the social safety net. But the results of decades of neglect  of  public  and social housing need to be confronted. So finally, we must also argue that the economic recovery should involve an expansion of social housing to reduce the over-crowding which led to increased infections  during the pandemic.

The pandemic has shown that we have failed at protecting at least three quarters of the  ‘quartet  of the vulnerable’ – the widow, the orphan, the immigrant and the impoverished – in  defiance  of  our call (Zechariah 7:10). The privileged among us have been inconvenienced by the pandemic; the vulnerable have suffered and in some cases died because of its unequal health and economic effects. The goods – safety in working from home and protection from infection – available to me have not been available for everyone. The pandemic has shown, yet again, that we have not learned to pursue the ‘common good’ fully; ‘that there are goods that must be there for all of us if these goods are to be there for any of us’. 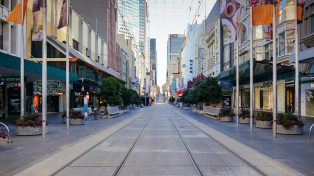 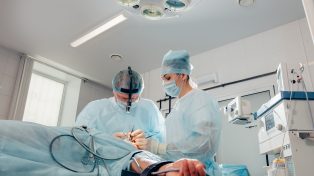