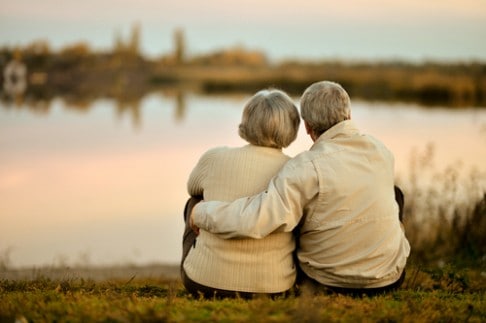 The debate about superannuation tax breaks is getting to the pointy end.

Formally, the government is grinding through the consultation process to determine the purpose of superannuation, which will be enshrined in law. It is likely to decide that super doesn’t exist to provide a generic tax break on savings. Instead, it’s supposed to support an “adequate” standard of living in retirement.

And that’s where the real debate starts. What one person sees as “barely adequate”, others might see as an endless voyage on cruise ships. And that “adequate” point is where on principle the tax breaks on super should cut out. What should it be?

That’s not surprising – the original work done for ASFA described it as an “affluent” standard of living, and based it on a bottom-up calculation of spending that would fund one Australian holiday a year, and an international holiday every five years. ASFA estimates that a couple needs $640,000 in assets at retirement, in addition to their home, while a single person needs $545,000, to enjoy this affluent standard of living in retirement.

Another possible reference point is the level of assets at which someone would not be eligible even for a part age pension – under new rules, $805,000 for a couple and $535,000 for a single, excluding family homes.

In fact, Australians are on average already enjoying a reasonable retirement relative to living standards during the rest of their lives. A middle-income retired household, couple or single, spends about 30 per cent less than a middle-income, working-age household, excluding housing costs.

But of course, retired households tend to have lower expenses because children have left home, they have acquired most consumer durables, and their biggest expense – healthcare – is substantially subsidised by the government.

So if a couple will enjoy a comfortable retirement if their retirement assets, other than their home, are somewhere between $600,000 and $800,000, what does this mean for superannuation? It does not mean that we need to provide tax breaks aimed at supporting every Australian to accumulate $600,000 in superannuation. People have retirement savings outside of superannuation, and most households have more than one income earner with a super fund. Indeed, Grattan Institute research shows that even excluding homes, people of all ages, income levels, and wealth levels typically save as much outside super as they do inside super. If we support individuals to accumulate $600,000 in superannuation, we will be supporting a lot of households that accumulate much more than $1.2 million in assets.

So what is the right limit for superannuation tax breaks? A person contributing $11,000 a year to super would over 30 years accumulate nearly $600,000 in their superannuation fund in today’s terms – and is likely to have similar assets elsewhere. Most people in this situation will have a much more affluent retirement than the ASFA standard. This isn’t surprising – compulsory super contributions of $11,000 imply an annual income of $115,000, which is in the top 8 per cent of income earners. This suggests that there is little justification for tax breaks on regular contributions of more than $11,000 to superannuation.

By contrast, the current tax breaks on contributions of up to $30,000 a year – or $35,000 for those older than 50 – look extraordinarily generous. The vast majority of individuals reaching the cap are high-income earners seeking to minimise their tax.

This has implications for the budget. If the current superannuation tax breaks are tightened, a few households will no longer qualify for the age pension. But in so doing, the government will collect a lot more tax from households that were never going to qualify for an age pension.

Ultimately, where you draw the lines on an “adequate retirement” and super tax breaks are political questions. But on any view, the current superannuation tax breaks are much more than needed for an extremely comfortable retirement.