Published by John Menadue, Tuesday 22 May

Public concern about housing affordability continues to rise in Australia. Modest price falls in Sydney and Melbourne won’t take the heat out of the issue: prices have more than doubled since the mid 1990s in real terms, far outstripping growth in incomes.

But our governments refuse to take the issue seriously. 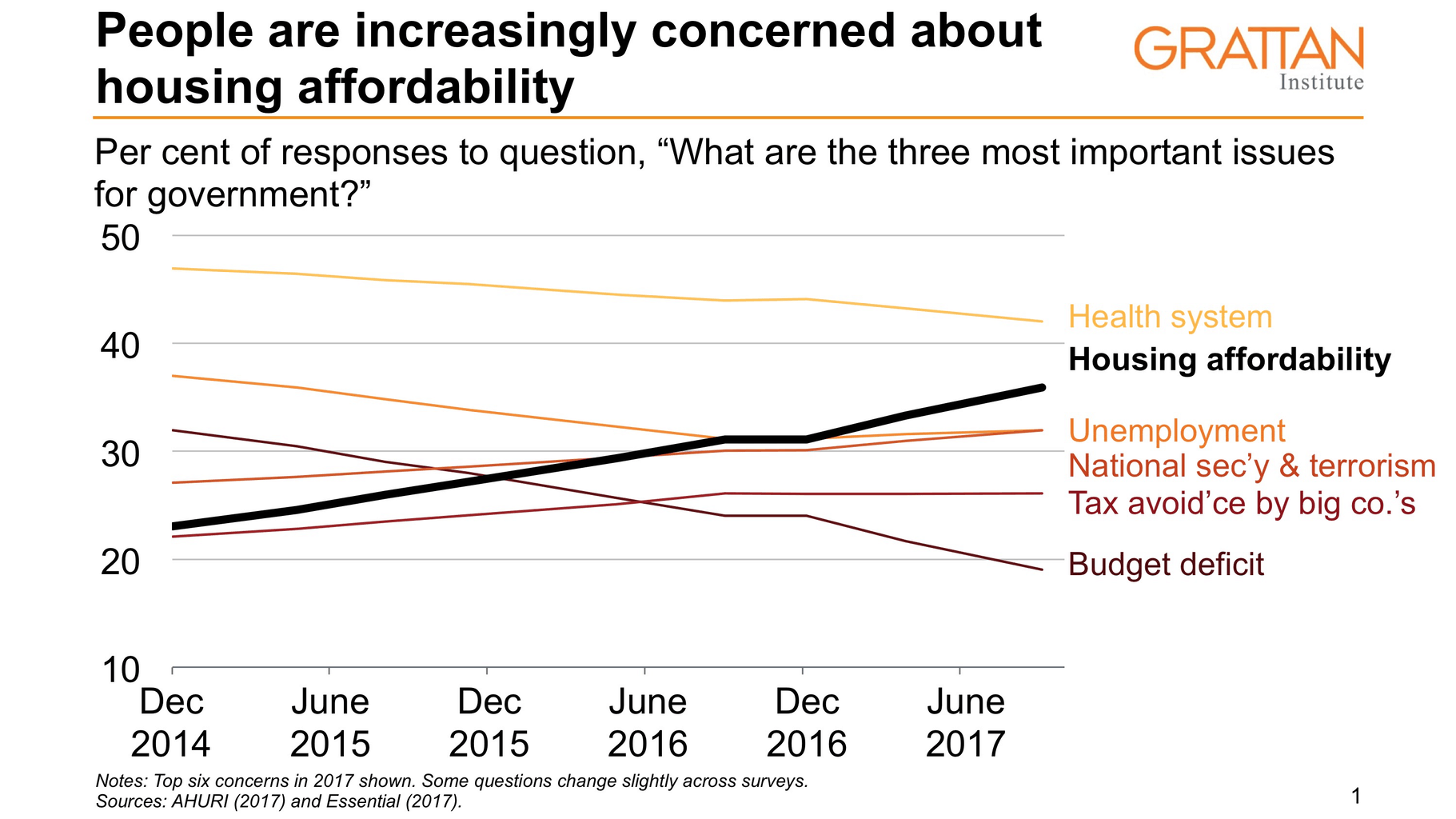 Governments of both political stripes have largely avoided the politically difficult changes to planning laws to increase density and tax rules that would make a real difference to affordability.

A new super saver scheme for first homebuyers, incentives for seniors to downsize, and a vacant property tax for foreign investors all sound good, but none will make much difference. The motivation was clear: do just enough to neutralise housing as an election issue, but avoid the tough choices. The government has since declared victory: housing barely rated a mention in this year’s Federal Budget.

State governments in NSW and Victoria made giveaways to first homebuyers the centrepieces of their respective housing plans, announced last year. These giveaways are extremely popular with voters. But in reality they are second homesellers’ incentives: the biggest winners were people who own homes already, and property developers with new homes ready to sell. Six months later, Melbourne property prices had soared in areas popular with first homebuyers. Neverthless, the Victorian government also appears to have declared victory: there were few mentions of housing in the Victorian budget either.

There are policies that would improve affordability, but none are easy

Our recent report, Housing affordability: re-imagining the Australian Dream, identified policies that would make a material difference to affordability without substantially dragging on the economy or the budget. 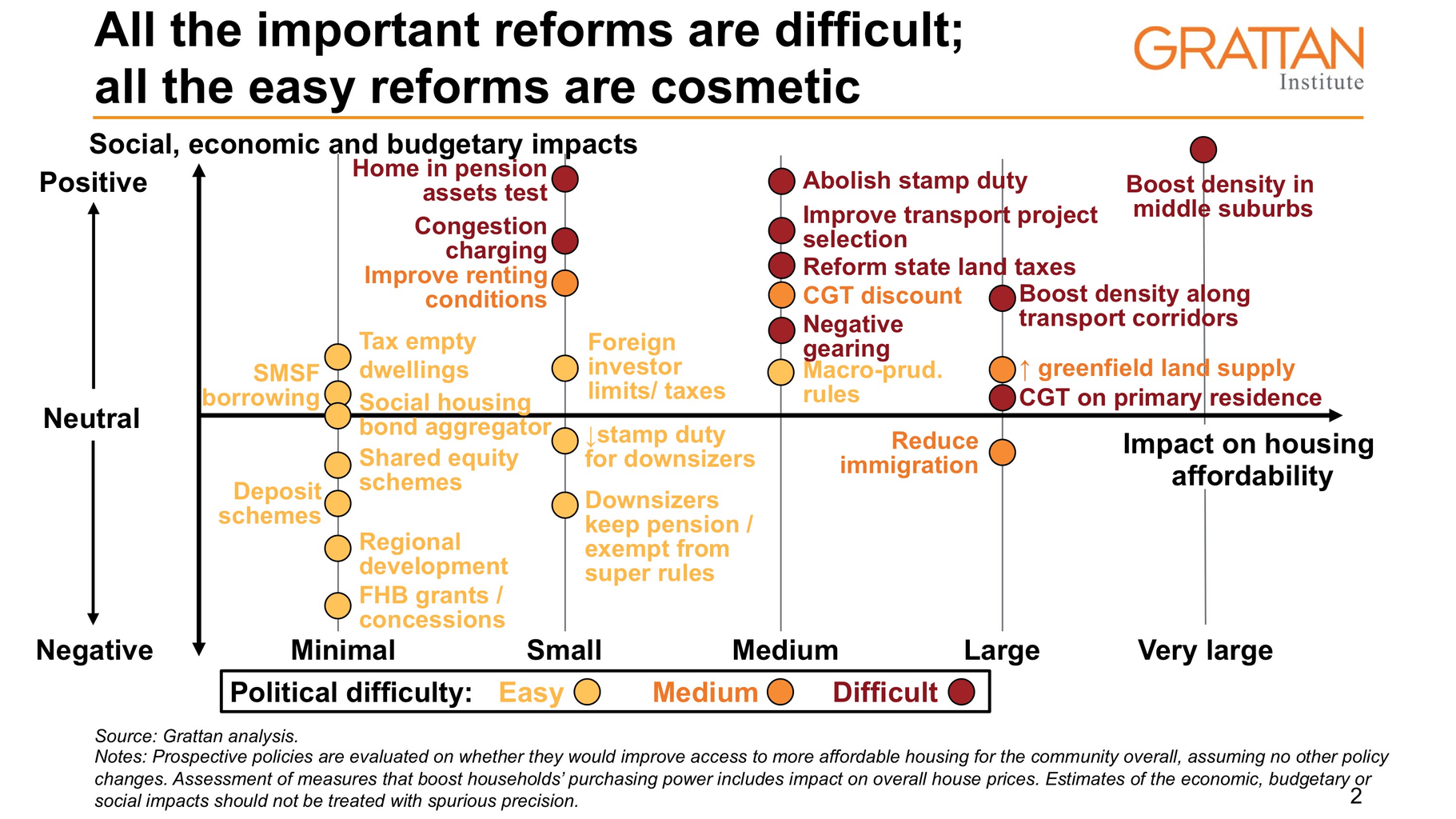 Affordability will only get a lot better if governments ensure more homes are built. State governments should fix planning rules to allow more homes to be built in inner and middle-ring suburbs of our largest cities. More small-scale urban infill projects should be allowed without council planning approval. Denser development should be allowed ‘as of right’ along key transport corridors.

The Commonwealth government can improve housing affordability immediately, by reducing demand. It should reduce the capital gains tax discount to 25 per cent; abolish negative gearing; and include owner-occupied housing in the Age Pension assets test. And unless the states are prepared to reform their planning systems, the Commonwealth should consider tapping the brakes on Australia’s migrant intake.

Australia won’t make progress on housing affordability unless it tackles at least some of these politically difficult decisions.

Our governments need to stop offering false hope through policies, such as first home-owners’ grants, that have been shown to be ineffective. These policies have intuitive appeal, and tend to be popular. But voters are unlikely to change their views unless our leaders are prepared to challenge them. 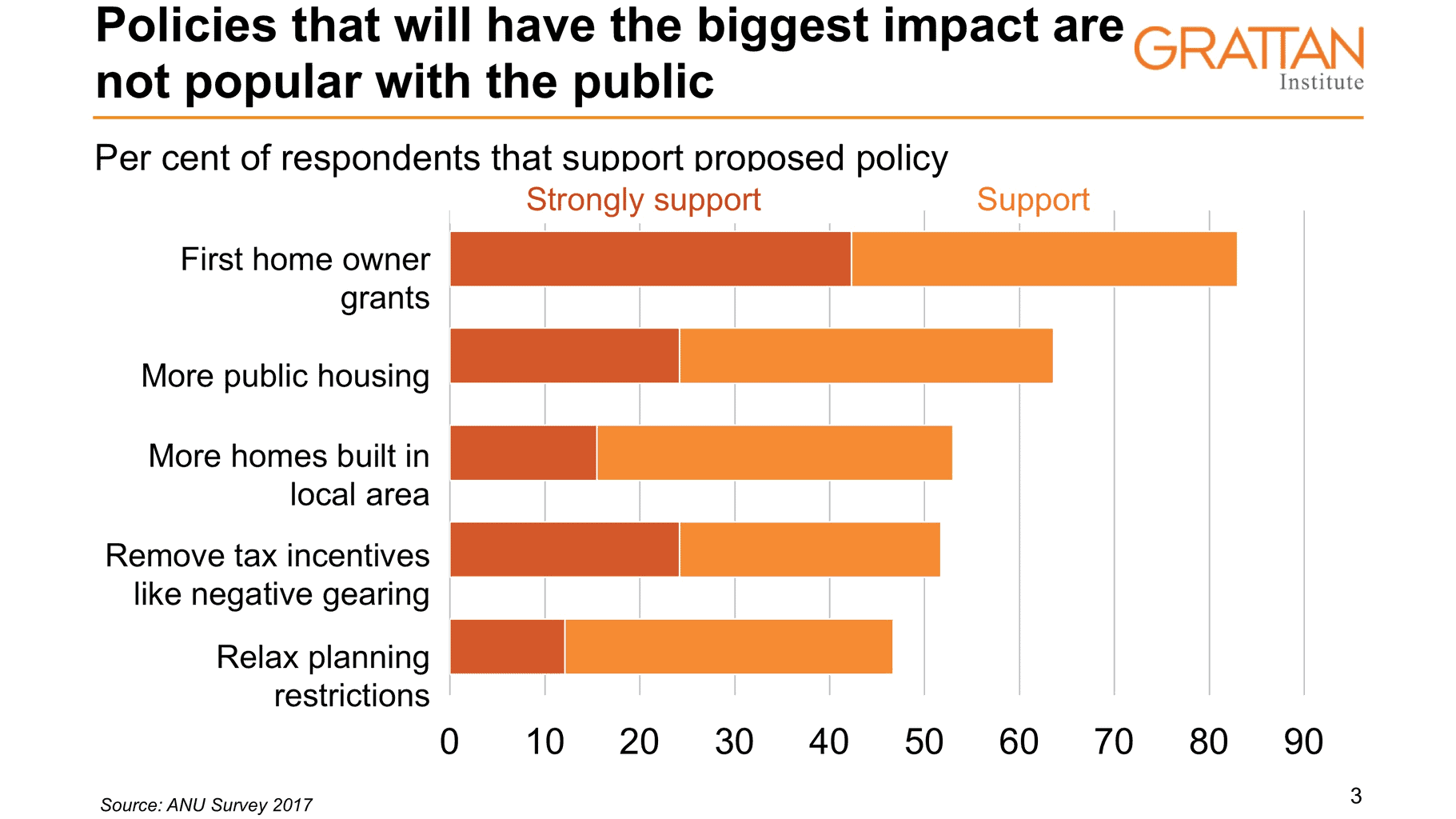 And governments have no chance of bringing the community with them when they keep telling voters that the easy policies will do the job. Instead, governments need to explain the hard choices, to prepare the ground for the tough decisions that need to be made.

Either people accept greater density in their suburb, or their children will not be able to buy a home, and seniors will not be able to downsize in the suburb where they live. Economic growth will be constrained. And Australia will become a less equal society – both economically and socially.

Australians have figured out that there is a real problem. It’s about time our political leaders levelled with us about how to solve it.