Why are our electricity bills so high? The answers may surprise you - Grattan Institute

Why are our electricity bills so high? The answers may surprise you

Given the central role it plays in our lives, electricity would be good value at almost any price. But as an essential service, critical to people’s health, safety and wellbeing, prices must remain affordable for… 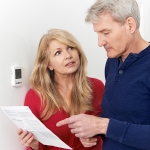 Given the central role it plays in our lives, electricity would be good value at almost any price. But as an essential service, critical to people’s health, safety and wellbeing, prices must remain affordable for all.

The rise in electricity prices in Australia over the past decade is outrageous: prices have risen 63 per cent on top of inflation. In March this year, the Federal Government asked the ACCC to investigate the main causes of electricity price increases. As mentioned earlier in CCH’s Australian Commercial Law Tracker, the ACCC released its interim report this week.

The headline – that Australia has an electricity affordability problem – won’t surprise many. But dig a little deeper and it becomes clear that the main causes have been the least publicised. And that different states have a problem for different reasons.

Network costs make up about 40 per cent of a typical household bill and 40 per cent of bill growth since 2007.[1] They are the single largest component of the bill in all states except South Australia, where generation costs are higher.

Access to electricity also depends on being able to buy it – a service that retailers provide for most consumers. Retailers aggregate the variable costs of generating and transporting electricity to provide the customer with a single smoothed bill. Retail costs make up about 20 per cent of a typical bill, and have grown about 25 per cent in real terms since 2007.[2] This was not the outcome expected when retail electricity markets were opened to competition, and is the subject of further investigation by the ACCC.

The reality is there is not a lot most households can do to reduce the costs of accessing electricity. Some electricity offers are cheaper than others, so households may be able to switch to get a better deal. But even if consumers collectively use less electricity, as we have been doing over the past decade, the cost of having access to electricity does not change. Only a small number of consumers are in a position to leave the grid entirely. But even when they do, the network doesn’t shrink – the same costs are simply spread between fewer people.

Generation costs are smaller, but represent a future risk to affordability

Generation costs have been a major focus of debate over the past year, but are not the major contributor to today’s high prices: the cost of generating electricity makes up about one third of a typical bill and only 17 per cent of bill growth since 2007. And most of this growth has come in the past year.[3]

Historically the cost of generating electricity in Australia has been fairly low and steady, although supply is now tighteningfor two main reasons: the recent retirements of old power stations, and uncertainty about climate change policy causing investors to drop or defer investment in new supply. But this is a relatively recent phenomenon, and does not explain much of how electricity bills got to be so high today.

The generation story is different in South Australia though. Generation costs are higher in South Australia and have grown faster,[4] for several reasons. South Australia is a small, concentrated market, and has grown more concentrated. It has been a favoured location for new renewable energy projects, supported by the federal Renewable Energy Target. The state is now highly reliant on gas to balance intermittent renewables at a time of high gas prices. High gas prices present a future affordability risk for other states too, particularly Victoria since the retirement of Hazelwood power station.

Another 16 per cent of bill growth in Australia over the past decade is attributed to the rising costs of green energy schemes, such as the Renewable Energy Target. But while there has been a lot of noise about the cost to consumers of green schemes, they still represent only 6-to-7 per cent of a typical bill.[5]

We are paying for mistakes of the past

About two-thirds of the bill you pay today is for access to electricity, and only one-third for actual electricity. That is, the costs are more for the service than the commodity. And the service has become a lot more expensive over time, mainly because of an over-build of the network.

First, policy makers assumed demand for electricity from the grid would continue to grow in the future as it had in the past, and the regulator required networks to grow accordingly. But instead, from 2009, demand began to flatten and even decline through a combination of energy efficiencies and rising use of solar panels.

How can we make electricity more affordable?

So, what can be done to improve affordability? We will have to wait until next June for the ACCC’s specific recommendations, but its interim report identifies four key areas for action: improving competition in generation and retail markets; lowering network costs; ensuring cost-effective and equitable green schemes; and helping households and small businesses to get a better deal.

There is already action on the fourth point: the major retailers have, on the urging of Prime Minister Malcolm Turnbull, agreed to give more and better information to consumers and to help vulnerable customers find a better deal. And on the third point, there are opportunities to better manage the costs of green schemes that get passed through to consumers.

But the big opportunities are in the first two priority areas.

On the generation side, more supply would help prevent further electricity price rises. Gas exporters have agreed to make more gas supply available domestically, which should help, although gas prices can’t be expected to return to the level they were a few years ago. Governments could and should do a lot more to provide stable and credible policy to encourage investment in supply. This week’s announcement of a National Energy Guarantee is a promising sign.

Network costs, as the biggest contributor to the problem, obviously must be part of the solution. The ACCC’s interim report notes, “past decisions relating to network investment are ‘locked-in’ and will burden electricity users for decades to come”. Dealing with the over-build of network assets won’t be easy, but this is where the big wins for affordability lie.

In the meantime, households are responding to rising prices in the only way they can – by reducing their electricity use. Trouble is, that doesn’t reduce your bill much, because access, not electricity, is the big cost.