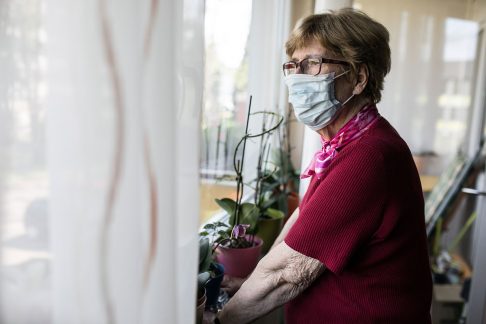 Australia’s aged care system is a mess. Before the pandemic the residential aged care mess was described in terms of poor-quality care and food. Now that COVID-19 has hit, it’s about the death toll.

The Royal Commission into Aged Care Quality and Safety has heard story after story of terrible care. Report after report describing the problems and proposing solutions have led to only one discernible outcome: ministerial and bureaucratic skills in avoiding action and excusing inaction have been perfected.

The 2020-21 budget was the opportunity to start the reform journey of this troubled sector. It didn’t. The big news was 23,000 additional home-care packages – this will still leave 75,000 people without a package that meets their assessed need.

There was no down-payment on improved residential care, meaning those older Australians in facilities with inadequate staffing are condemned to that existence for another year or more.

The excuse was that until the Royal Commission dotted the “i”s and crossed the “t”s, nothing can be done. That lame response is inadequate when the need is great and the directions clear.

Reform of aged care is difficult. Stakeholders are powerful, and government actions determine the share price of some big providers. There is a huge amount of capital tied up in an intricate web of residents’ funds lent to investors at zero – yes zero – interest.

Provider voices drown out consumers in the policy debates, and spin merchants’ labels – such as “consumer-directed care” – spray a feelgood fragrance to hoodwink the public into thinking that the system is designed for them.

People in residential aged care have no specific advocacy organisation and their very frailty, coupled with ageism and sexism, mean their voices are excluded from the decision-making tables.

It is a big system – Commonwealth spending on aged care and oversight in 2020-21 is estimated to be more than $22 billion, with consumer spending on top of that – that has grown up incrementally.

There’s been reform layered upon reform with no fundamental review of the underlying principles in 25 years, despite the fact that the world today is vastly different from the world back then. Policy archaeologists can see Bronwyn Bishop’s kerosene baths in one sedimentary layer, ‘ageing in place’ in another, and ‘consumer-directed care’ in another.

A new approach to supporting older Australians needs to start with the older person themselves.

The policy challenges are complex too. Quality is difficult to measure, allowing unscrupulous providers to skimp on care, which they do in droves. Government is conflicted – afraid to name the bad eggs and wanting to minimise its spending so it benefits from a system with little transparency about who is paying for what. A deregulatory ideology is not well suited to restraining the excesses of the shady characters and shameless spivs who infest the system.

It is difficult to discern any underlying principles shaping the current regulatory and financial mess, which partly explains the inconsistency and lack of coherence in the whole system.

Who is paying for what and why needs to be clarified. If care and support is necessary, why shouldn’t it be like Medicare and available for all without financial barriers? If I pay board and lodging before I go into residential care, why should I not pay for it after I’m a resident?

Instead of principles which set out what government is paying for and what consumers should pay for, we have a muddled and confusing system with no explicit basis, paying providers fees which do not separate out care from board and lodging. There are complex accounting and means-testing rules, which leave the consumer frustrated and exasperated as they attempt to acquire the PhD necessary to navigate the system for themselves or their parent.

Combining care and board into a single payment diminishes accountability and enables payments for care to be used to inflate profits rather than be spent where they are needed.

Australia needs to start again. We need to create a whole new framework for the aged support system. It is not simply a matter of a new Aged Care Act, a new funding system, and new regulation – although all that is necessary. What is required is a new way of thinking, starting with what it is that we want from an aged care system.

A new approach to supporting older Australians needs to start with the older person themselves. What do they want, or rather what is it that we want for ourselves sometime in the future? What do they/we need help doing?

In a recent Grattan Institute report we call this a ‘rights-based approach‘. We identify five principles that should sit at the heart of the system: independence, self-fulfilment, and participation in community; informed and supported choice and control; universal access to reasonable and necessary supports; equity and non-discrimination; and dignity, including dignity in death. A rights-based approach would also recognise the rights of carers and staff.

It is no longer good enough to merely state rights-based principles as aspirational objectives, proudly affixed to a wall or safely in a display case but in reality floating detached from the system as feel-good reminders. Rights-based principles must be central to system and regulatory design.

The government needs to be clear about underlying principles, on the rights of residents, and who should pay for what. In the absence of such clarity, any tidying up of the system as a result of the problems identified by the Royal Commission will not address the underlying problems. It will simply yield a veneer of a solution, papering over the problems, with the minister and relevant bureaucrats hoping they will have moved on to better and brighter things before yet another inquiry reveals the same old mess is still there.