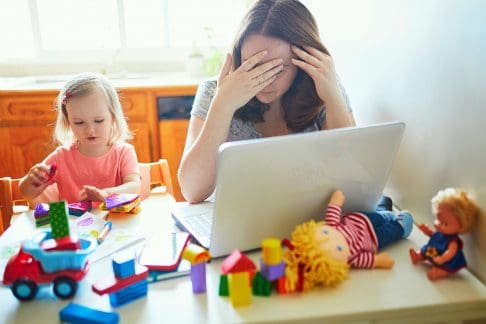 Published in Inside Story, 7 October 2020

Josh Frydenberg’s latest budget does a lot right. The centrepieces — a $27 billion scheme for the immediate expensing of all new business capital expenditure, bringing forward $13 billion in personal income tax cuts, and a one-year $4 billion wage subsidy scheme for unemployed young people — all create incentives for business to invest and employ, and for households to spend. But there are big gaps too — especially direct measures to boost employment and to support household spending beyond next year. The government should fill those gaps in the months ahead.

The biggest budget announcement is full immediate expensing of business investments, at a cost of $26.7 billion in just over two years. Under the scheme, almost every company in the Australia will be able to immediately write-off in full any eligible depreciable asset. Bringing forward depreciation reduces the real cost of investing for firms, particularly in long-lived assets such as plant and equipment. Similar schemes have proven effective in boosting business investment and employment.

The plan to offer wage subsidies to firms that hire workers under thirty-five should boost employment. Young people have been hardest hit by the Covid-19 recession, and are at the greatest risk of scarring should they remain out of the workforce for an extended period. The government will subsidise the wages of newly employed workers to the tune of $200 per week for new employees under thirty, and $100 per week for those under thirty-five, so long as they are employed for twenty hours a week or more and are a net addition to the payroll. This will support employment, but it’s a big step down from the JobKeeper wage subsidy, which is scheduled to be phased out by March next year.

Each of these measures will support employment and investment. But most striking is what’s been left out of the recovery plan for now, especially more direct measures to boost employment, and support for household spending beyond next year.

The plan to bring forward $13 billion in personal income tax cuts will help, but the extra money for middle income earners won’t flow through until mid next year. Further cash handouts of $250 to pensioners and carers, in December and again in March 2021, should also boost spending, although many pensioners proved reluctant to spend the first two tranches in April and July. But there’s little in the budget beyond the end of next financial year to keep households spending.

Social housing is the most obvious absentee, given it can be rolled out quickly and delivers something that is desperately needed. Industry forecasts suggest that 12 to 18 per cent of all construction workers could lose their jobs in the months ahead, as the pipeline of apartment buildings starts to dry up. The government should have committed to build 30,000 social housing units, at a cost of $10 billion, to quickly fill that hole.

Boosting the childcare subsidy to reduce parents’ out-of-pocket costs is among the more significant economic reforms the government could have announced. More direct spending on government services like mental health and aged care would also have been a proven job winner. Instead there’s another $10 billion for major road projects, where capacity constraints are already biting.

The question of what happens to the JobSeeker benefit remains unresolved. More than a million Australians are benefitting from a temporary $250-a-fortnight boost to JobSeeker from the coronavirus supplement, but that’s due to end in December. The government says it will make an announcement closer to Christmas, but the lingering uncertainty will put a crimp on households’ spending in the meantime.

Support in the budget is so heavily concentrated in the short term that policy decisions taken since the Mid-Year Economic and Fiscal Outlook last December actually improve the budget bottom line in 2023–24.

At least some further spending in some of these areas is almost inevitable in the coming months. Beyond JobSeeker, the Royal Commission into Aged Care is all but guaranteed to recommend substantial further funding for aged care when it reports next February.

But perhaps the biggest concern with the budget is that it simply settles for getting back to the pre-Covid era, and takes nearly half a decade to get there.

While the government expects unemployment to peak at just 8 per cent by Christmas, it’s still expected to remain above 6 per cent by the end of 2022, and 5.5 per cent by mid 2024. Yet those who can still remember the pre-Covid Australia will remember the economy back then was nothing to write home about. The jobless rate averaged 5.5 per cent over the five years to February 2020, and the average workers’ wages rose by just 0.3 per cent a year (after inflation) over that time.

Unemployment of 5.5 per cent in four years’ time would remain well above the above Treasury’s “full employment” estimate of 5 per cent, so it’s no wonder real wage growth is forecast to flatline over that time. Even for people in work, living standards are expected to stagnate.

The government should inject a further $50 billion in fiscal stimulus by the end of 2022. This could drive unemployment one percentage point lower, kickstarting growth in wages nearly two years earlier than under its current plan.

Concern over the cost of public debt shouldn’t hold the government back. Australia is expected to spend 0.9 per cent of GDP on interest this financial year, falling to 0.8 per cent by 2023. That’s lower than the 1 per cent it spent in 2018–19, despite a big growth in debt. And debt is expected to shrink as a share of GDP over the next forty years, despite interest rates projected to gradually rise from 1 per cent today to 5 per cent within the next two decades.

Budget 2020 is a good start, but there’s plenty of unfinished business. There remains more work to do come MYEFO in December, and the 2021 budget in just seven months’ time.