Published at The Conversation, Thursday 28 May

The main purposes of Australian public universities — teaching, research and community engagement — are well established in law and practice. But differences of opinion exist on priorities, interpretation and accountability. A key tension is between academics as the strongest advocates of knowledge for its own sake, and government, students and the general public seeking practical uses for knowledge.

For academics, passion for a field of study, opportunity to develop new knowledge, and autonomy in working life are among the most frequent reasons given for pursuing an academic career. These aspirations create resistance to universities pursuing practical objectives set by others.

Academics are much more likely to apply for research grants where new knowledge is the primary outcome than grants aimed at promoting collaboration with industry. Academics criticise universities for becoming more “instrumental”.

Although few people seriously dispute that knowledge for its own sake is important, there are broader expectations of public universities. What makes them “public” institutions is their establishment by government to meet a range of needs associated with advanced knowledge.

They are not private organisations free to just follow their own intellectual and other interests. In exchange for meeting a range of goals, universities receive substantial public financial support.

These goals are set out in each public university’s founding legislation. All university acts mention teaching, often with the express statement that it should meet the community’s needs.

Similarly, research clauses in university legislation usually refer to applied research or other needs in addition to the pure pursuit of knowledge. Direct community engagement provisions are less frequent, but some universities have statutory obligations to participate in public discourse. Access and equity considerations are also mentioned in university acts.

These largely state-legislated university missions are reinforced by federal law, which now makes teaching, research and some community engagement mandatory for institutions calling themselves universities.

Government views on university priorities are broadly aligned with public opinion. Survey evidence suggests that the public wants greatest emphasis on higher education’s practical uses to them, while acknowledging the importance of pure research. 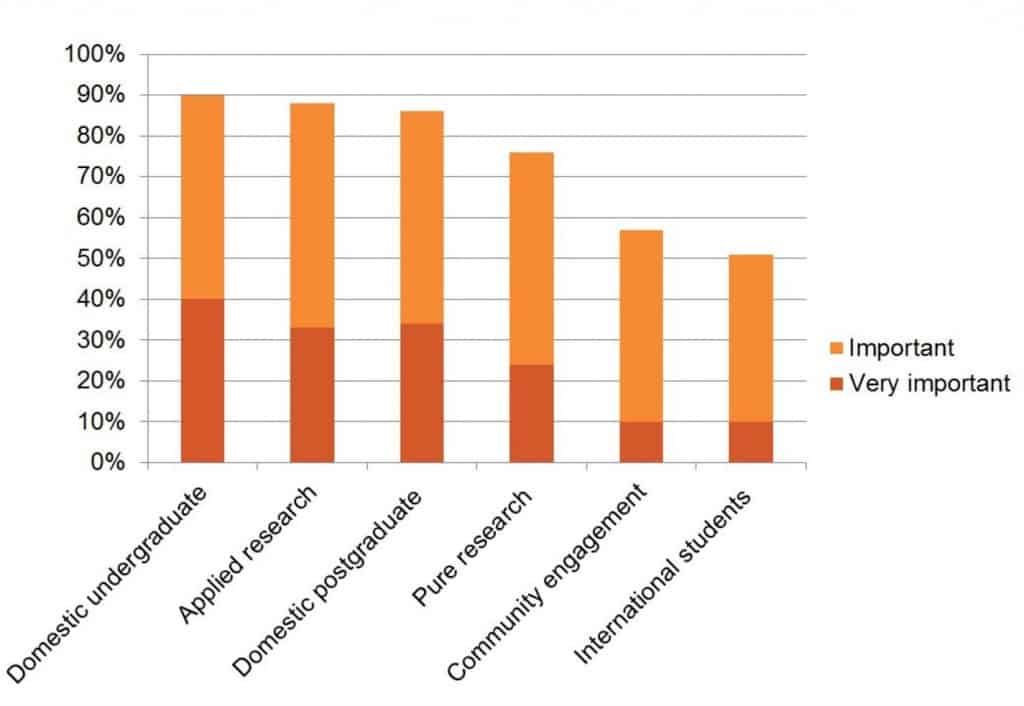 Recent policy work on improving commercial returns on research continues a long series of efforts to increase the broader national benefit from university research. The quasi-market created by removing most controls on numbers of bachelor-degree students is intended, in part, to get universities to focus more on meeting skills needs and improving the student experience.

Academics sometimes complain about higher education becoming a “private” good, but I don’t think that is the best characterisation of policy over the last 25 years. Although there is more private money than before, universities have become better aligned with public purposes, as identified through both public opinion and public policy. This has been achieved with a mix of direct regulation, financial incentives and market forces.

These policy changes recognise that academics and universities, left to manage themselves without outside pressure, will not necessarily pursue broad community interests. Academia failed to develop a professional culture around teaching. It generally did not determine appropriate quality standards, require teaching qualifications, or monitor performance.

Unsurprisingly, when the government funded the first national surveys of student satisfaction in the early 1990s, the results were very poor. They have since improved significantly.

With universities now able to respond to student demand, course enrolments in areas of skills need such as health have soared. But more students then ever before are also studying less vocational disciplines. Since 2008, domestic bachelor science enrolments are up 35% and humanities are up 18%.

In absolute terms universities now do much more pure research than before, reflecting significant increases in research spending. But the trend has been towards applied research making up a larger share of the total. 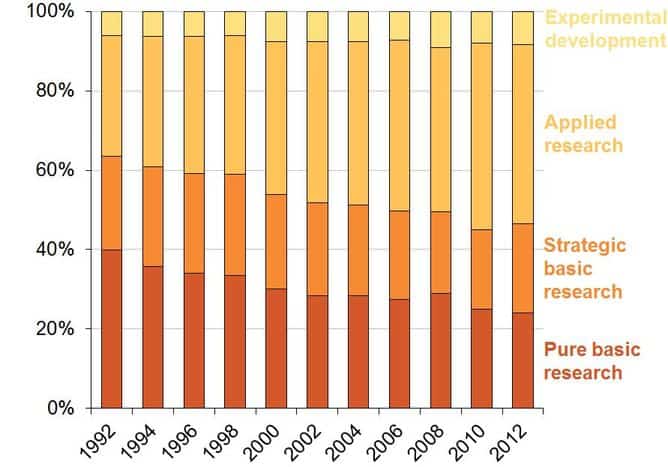 Research spending by type Based on Australian Bureau of Statistics

Pure research and non-vocational disciplines primarily oriented to knowledge for its own sake remain important university functions, and this will continue to be so. But public universities should be and are about more than these activities.

Changes over the last 25 years have helped give students and applied research a higher priority than they would otherwise have received. Policy has helped keep the “public” in public university.