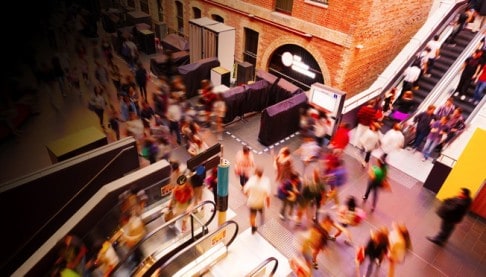 What the government should do now: economic growth

Published  at The Conversation, Monday 11 July

The Coalition has scraped into a second term. How credible is its economic growth program, and what else should it do to strengthen growth?

The good news is that the transition from the mining boom is proceeding about as well as should have been expected. It is true that national income per person is lower than five years ago (see figure below) and that wages are also stagnating. But these changes are mostly due to falling resource prices. GDP growth, while subdued in recent years, has been fast enough to keep unemployment in check (though average hours per worker have declined), and it even shows signs of picking up. And while non-mining investment has remained flat despite record low interest rates, it’s not unrealistic to hope that Australia will, for the first time in our history, complete a mining cycle without ending in recession. But deeper economic challenges persist. Global growth remains weak, with China’s economy likely to slow, and the European Union more fragile since the UK’s Brexit vote. Slow growth and rising inequality helped drive the populist anger and political instability we now see in the EU and US.

The Coalition’s first term economic policy achievements were a mixed bag. The 2015 innovation package and the decision to implement most of the Harper Review competition policy recommendations were standout initiatives. Free trade agreements with China, Japan and South Korea will offer real, if modest, benefits. Others, such as signing the Trans-Pacific Partnership (TPP) and accelerated environmental project approvals, carry risks and costs that could outweigh their benefits.

And some initiatives, such as scrapping a broad-based carbon price, were outright mistakes. Critically, in its first term the Coalition failed to get the budget under control.

Growth plans leave many good ideas off the table

The coalition campaigned on jobs and growth, but in reality its growth program is patchy. The signature policy – phased cuts in the company tax rate – would ultimately increase national income by about 0.6%. But business tax cuts could drag on national income for up to a decade, as foreign investors pay less tax from the beginning, while benefits from greater investment take time.

Other parts of the coalition plan are far from being fleshed out. The government will seek to implement its already announced innovation and competition policy agendas. It plans to ratify the TPP, though the TPP itself may now be doomed to fail, as neither of the likely US presidential candidates supports it.

The Turnbull government also plans to pursue further trade agreements with the European Union, India, and Indonesia. On the downside, its Smart Cities Plan, which aims to finance improvements in urban transport and housing, lacks detail. And its plan to slowly reduce the budget deficit relies mostly on revenue increases that may not materialise.

Overall, the plan for jobs and growth is far from complete. The government should consider five further options to increase economic growth.

First, the government should shift the tax base towards taxes that do less to discourage investment and work. For example, cutting the capital gains discount to 25%, and limiting negative gearing, would create space to reduce other more distorting taxes. So would broadening the GST base and/or increasing the GST rate (while cutting income tax and adjusting welfare payments), though benefits may be modest.

General property taxes should replace stamp duties, which deter people from moving to a home that suits their current needs. A 0.5% levy on unimproved land values could raise enough to replace stamp duties nationwide, would provide a more stable tax base for states, spread the tax burden more fairly, and add up to $9 billion a year to GDP. While these are state matters, the Commonwealth could consider providing incentive payments to states to make the switch, since its revenues will ultimately rise as the reforms increase incomes.

Third, government should remove remaining impediments to flexibility in the economy. Reforms over the past 30 years (including a floating exchange rate, low barriers to trade and capital flows, and the shift to enterprise bargaining) have helped the economy adjust through the mining boom. But many policies, including a wide array of regulation, occupational licensing, and industry support such as anti-dumping tariffs that delay the exit of less efficient firms, still limit flexibility.

Fourth, government should remove barriers to innovation, while only funding programs that are supported by evidence that they actually help innovators at a reasonable cost. The National Innovation and Science Agenda will cut barriers to new business creation and improve research-business collaboration.

The vast majority of innovations used in Australia are produced elsewhere. Government should remove barriers to the local spread of global innovations such as cloud computing and peer-to-peer business models such as Uber and Airbnb. States are responsible for barriers such as taxi regulation, while labour regulation and tax are largely Commonwealth responsibilities. Intellectual property rules can also impede the spread of productive ideas.

Fifth, if much of the low-hanging fruit of economy-wide reform has been picked, many opportunities in individual sectors remain. The superannuation industry charges fees of more than $16 billion a year, or about 1% of GDP. Government should introduce tougher competition, close excess accounts, and push subscale funds to close.

More generally, regulated industries can “capture” the government agencies that regulate them, so it can be valuable to bolster institutions that provide countervailing pressure. The Harper Competition Policy Review recommended creating a new national competition body, the Australian Council for Competition Policy, to advocate policy reform to increase competition.

Finally, investment in high quality infrastructure (along with rules such as user charging to encourage efficient use) promotes growth. Yet governments have already spent large amounts of money, not always wisely, on new public infrastructure over the past decade.

To enact any of these policies, the coalition will likely first seek support in the Senate from Labor or the Greens, rather than from the 10 or so independent and small party senators. Some policies are very unlikely to pass the Senate: for example, the proposed broad corporate tax cut is probably dead (though an alternative like an investment allowance might get up).

But some policies have a fighting chance, such as the City Deals, borrowed from the UK and new initiatives to cut superannuation costs. If many other policies (including family payments reform and the flexibility initiatives) are to have a chance of making it into law, the Coalition will first have to make a case for them and win public support.

The Coalition campaigned on its ability to provide jobs and growth. But its campaign platform for jobs and growth was far too narrow. To turn talk into action, it will need to win support for a much more expansive and ambitious agenda.

At this election, voters have a clear choice on the economy

Published by The Saturday Paper, Saturday 11 May In any other election, Australia’s headline economic figures would have the incumbent popping champagne corks. Twenty-eight years of uninterrupted…