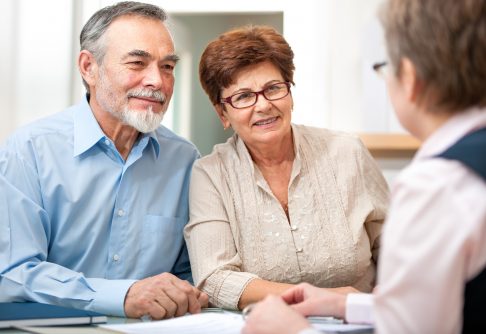 The Morrison Government confronts a big agenda when it comes to retirement incomes. They need to implement the superannuation recommendations of the Hayne Royal Commission and respond to the Productivity Commission inquiry into superannuation costs. And Treasurer Josh Frydenberg hopes to establish an independent review of the retirement incomes system. Here’s what their priorities should be.

The first priority for Frydenberg’s retirement incomes review should be to establish a retirement income standard that the system should aim for. A standard matters because boosting retirement incomes always comes at a cost: either workers have lower living standards while working; or governments give up more revenue for super tax breaks; or taxpayers pay more for pensions.

Past governments have been reluctant to specify an adequacy target, and so the super industry has filled the void. But the one-size-fits all “comfortable” standard promoted by the Association of Superannuation Funds of Australia won’t do. A budget of $43,255 a year for homeowning singles, or $61,061 for couples might not seem generous to some, but it’s more than what most Australians have while working after covering the rent or mortgage. The average household could therefore only reach the “comfortable” benchmark in retirement by being less than “comfortable” beforehand.

The Government’s retirement incomes review should instead define a new standard. It would be sufficient to ensure older Australians don’t live in poverty. And it should also ensure most Australians have roughly the same living standard in retirement as they had while working. Because Australians’ incomes vary widely, a one-size-fits-all approach cannot work.

The review should adopt the OECD’s approach, and aim for retirement incomes that are 70 per cent of pre-retirement (post-tax) incomes for most Australians. This standard recognises that you can fund the same lifestyle in retirement with less than while working, because you have more time to do things for yourself and fewer expenses, including having paid off the mortgage.

Scrap the increase in compulsory super to 12 per cent

The Government should scrap the planned increase in compulsory super contributions from 9.5 per cent to 12 per cent of wages. The increase will take about $20 billion a year out of workers pockets at a time when wages are stagnating and the economy is slowing.

Even without this wages penalty, most people across the income distribution are likely to have enough money to fund a lifestyle in retirement at least as good as they enjoyed while working. In fact most retirees today feel more comfortable financially than younger Australians who are still working. Forcing them and future workers to save more money for retirement that they’ll never spend is simply a recipe for larger bequests.

Worse, increased compulsory super contributions won’t do much to help the retirements of middle Australia. The extra superannuation income will be largely offset by lower part-pension payments. What’s more, the age pension is indexed to wages. If wages grow by less, pensions do too. So, Australians receiving the age pension should be the most fervent opponents of a lift from 9.5 to 12 per cent super contributions.

And while many people believe that compulsory super will reduce the budgetary burden of an ageing population, compulsory super actually costs the budget money. Lifting compulsory super from 9.5 per cent to 12 per cent will cost taxpayers an extra $2 billion to $2.5 billion each year in super tax breaks. And the tax breaks from compulsory super more generally will dwarf any budget savings on the age pension until around 2060, with the extra debt accumulated not paid back until decades later.

Australians pay more than $30 billion a year in super fees, almost 2 per cent of Australia’s annual gross domestic product and more than they spend each year on energy. Australia’s fees are also much higher than in many other countries.

To fix the mess the Productivity Commission proposed that Australians be allocated a default super fund only once, when they first started working. An expert panel would select a “best in show” shortlist of default funds using criteria including investment performance and fees. Unless they actively chose another fund, new workers would be defaulted into a shortlisted fund and stay there even if they changed jobs.

“Best in show” would improve returns as funds compete to make the shortlist and stay there. Market discipline would come from experts with the time, resources and expertise to decide which funds to shortlist, rather than individuals that don’t. And poor-performing funds would be forced to merge or miss out on the default market entirely.

But the industry’s alternative of simply taking a few bad apples out of the system won’t work. Every lawyer knows that any attempt to enforce standards about “reasonable costs” and “adequate performance” will end up in court. And courts are always reluctant to allow a regulator effectively to terminate a business, particularly if it is on the basis that it did not meet an inherently vague standard.

That is why a government eager for productivity opportunities would be much better to run with some version of the Productivity Commission’s “best in show” recommendation that would be less vulnerable to legal challenge.

But of course the economy and Australian workers would be winners – and in theory the system is supposed to put their interests first.